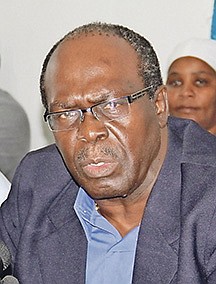 Managers in three-year wait for $821k owed by PI resort

Hotel managers and their union have now been waiting “almost three years” to recover a collective $821,292 allegedly owed to them by a shuttered Paradise Island resort, it was revealed yesterday.

The $2,625-$3,550 livable wage suggested by a University of the Bahamas study “cannot be implemented at this time”, a trade union leader argued yesterday, adding: “We’ve got to keep the hen that lays the eggs.”

The Government has reversed course and settled a wrongful/unfair dismissal claim by 36 current and former Grand Lucayan managers that it previously won before the Supreme Court.

Unions must ‘come to grips with reality’ over COVID wage increase

A trade union leader yesterday pledged that organised labour will not employ strong-arm tactics to achieve inflation-matching wage increases, adding: “We must all come to grips with reality.”

The Trades Union Congress (TUC) president yesterday accused the former Minnis administration of committing “an unforgivable sin” as he hailed a “night and day” difference in labour relations.

Sandals ‘firing on all cylinders’ only from November 4

A Cabinet minister yesterday voiced optimism Sandals Royal Bahamian will be “firing on all cylinders” from a multi-million dollar renovation that has pushed its post-COVID re-opening out to November 4.

Trade union leaders yesterday voiced fears that the Melia Nassau Beach’s two-year closure will have a “catastrophic” impact on the 200-300 employees who will be terminated from March 1.

A trade union leader yesterday warned that employers could “open up Pandora’s Box” if they back organised labour into a corner by failing to consult on planned changes to employment terms.

A trade union leader last night backed the Prime Minister's decision to place New Providence on total lockdown as he warned that COVID-19's economic impact may wipe out the Bahamian middle class.

A union leader last night warned that Sandals’ delaying the re-opening of its flagship Cable Beach property until November 1 will have “a devastating effect” on staff who will be “unable to survive another five months”.Obie Ferguson, the Trades Union

COVID-19 'worst ever catastrophe' for the workforce

A trade union leader yesterday branded the coronavirus as “the worst catastrophe” Bahamian workers have ever faced due to the uncertainty over how long it will last.Obie Ferguson, pictured, the Trades Union Congress (TUC) president, told Tribune Busi

A trade union leader yesterday warned The Bahamas is headed for a general strike unless industrial relations undergo a fundamental reset, saying: “This is the worst I’ve seen it in 35 years.”Obie Ferguson, the Trades Union Congress (TUC) president, t

Trade union leaders yesterday urged the Government to “set the tone” for a private sector minimum wage hike of between 19-66.7 percent via the Prime Minister’s planned increase for the public sector. Obie Ferguson, the Trade Union Congress (TUC) pre

‘First time-ever an employer is going on strike’

A trade union leader yesterday branded Morton Salt’s 15-day “lock-out” ultimatum to its workers as “the first time in Bahamian history that an employer has gone on strike”.

A trade union leader has called for an end to “strong man tactics” in industrial negotiations while admitting that The Bahamas’ labour relations climate is “very, very bad”.

Trade Union Congress president Obie Ferguson said yesterday he intends to intervene in a strike threat by the Water and Sewerage Management Union to avoid what could be a serious situation.

A veteran trade union leader yesterday said the failure “to understand what compromise means in The Bahamas” had produced bitter industrial disputes that undermined the national interest.

Grand Lucayan managers were yesterday said to have “unanimously” accepted the government’s improved $4.4m payout deal, with a trade union leader expressing delight at the outcome.