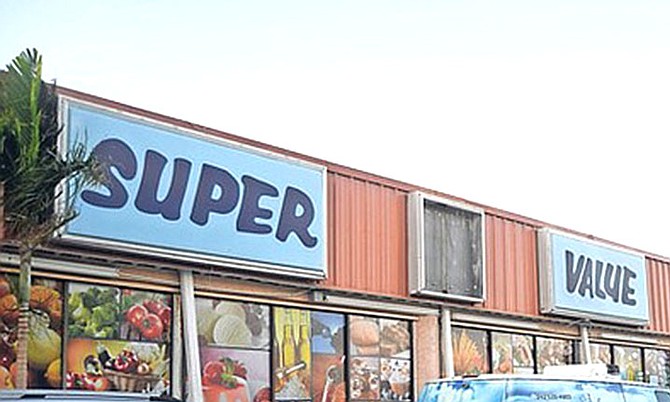 Rupert Roberts told Tribune Business that his Golden Gates outlet, as well as Quality Supermarket’s South Beach location, had partnered with the Ministry of Health, the National Vaccination Committee and Rotarians to bring COVID vaccines closer to the people in a bid to reverse declining vaccination rates.

Revealing that the initiative could extend to the 14-store chain’s other outlets if this weekend is successful, and there is a sufficient vaccine supply available, he added that he had been promoting the inoculation drive on social media.

“I want to spread that around in the chats,” Mr Roberts told this newspaper. “We’ve got to get this nation up to 100 percent [vaccinated] so we can get our economy back, keep our tourists coming and everybody stays safe.”

He revealed that six months ago, under the former Minnis administration, he had offered all Super Value and Quality Supermarket stores as potential vaccination sites to the Ministry of Health. However, the Super Value chief suggested this was never taken up because, amid the country’s COVID-19 “third wave” and rising death rates, vaccinations were at the time increasing.

“They have now slowed down, so we’re going to have to go into the population,” Mr Roberts said, adding that Bahamians will now be able to combine their weekly grocery shopping with receiving their COVID-19 jabs.

He explained that the Golden Gates and South Beach locations were selected because they are “in heavily populated areas, so that’s what we’re targeting”. Super Value’s Golden Gates store, in particular, lies at the heart of one of the busiest areas in New Providence, located across the road from the South-West Shopping Plaza with bank, Wendy’s and KFC branches all nearby.

“I think that while they are in the vicinity to come grocery shopping they’re going to have the opportunity to get vaccinated before and after,” Mr Roberts said. “We’re hoping to really pick up the numbers. We have to get the country vaccinated. We have to get this country’s numbers up.

“The minister [Dr Michael Darville] said that in the last couple of months, 95 percent of the deaths were persons who were unvaccinated, so we will protect our tourists, get our economy back and keep the population safe. I believe that now, since they cannot go to the US, and cannot go to Wal-Mart, they’re considering it [vaccinations] more and we will make it easier for them.”

Food store vaccinations, Mr Roberts said, will likely be more convenient for Bahamians and residents who presently have to “make time and go out of their way” to get vaccinated at government-appointed sites.

“We will be in the most populated areas of the island,” he reiterated. “If we get the numbers through we will do next week and go on.” The Super Value chief said this was no different from the US and Florida, which have used retail chains such as Wal-Mart, Target and Walgreens to more widely distribute COVID-19 vaccines at a much faster pace.

Mr Roberts also voiced optimism that the provision of in-store vaccinations will increase inoculation rates among Super Value’s staff. He added that 40 percent of workers were fully vaccinated when he checked one month ago, and said this had likely risen to 45 percent.

“Then we’ll have to figure out another strategy, but I believe it’s going to be more convenient for people. This is not my part; it’s my duty to the country. If it works we can go to every [store] location. We can go anywhere.”

Mr Roberts said he and the Ministry of Health had initially looked at Golden Gates and Prince Charles Drive as the two COVID-19 vaccination pioneering sites, but the latter venue was switched to South Beach because it is a more densely-populated area.

I understand that when youre in the heat of a public health crisis, there's no time to stop and strategize, you do whatever saves lives.

But now that the most deadly wave to date is over, now that we have almost 2 years of data to review, is it really telling us we have to be 100% vaccinated?

The one constant throughout this pandemic is the voices of doctors and scientists saying "well now we know better... ".

Because none of this is grounded in logic and facts, but power and control. Do what we say because we tell you to, how dare you have questions.

Simply put, COVID doesn't randomly appear out of nowhere; it comes in by boat or plane. We can keep a low case count/become case free with proper screening.

Someone needs to give Robert's a bogus medical license as least then he could look like rassin.

The one constant throughout this pandemic is the voices of doctors and scientists saying "well now we know better... ".

Can you name one? Probably not because if they told you privately, you cannt name them. If they dared to speak in some public platform they were probably fact-checked and markled.

But many things are scary, such as the mixing of vaccine brands and also nurses who have never been taught to aspirate the needle.

If i were to be vaxed, I would have to find a phlebtomist I can trust.

Yes! I can actually name four. Dr Fauci, Dr Chetty Dr Kyle-Sidell and Dr Walensky. ALL of them have at various points issued a derivative of the phrase "based on what we know now.."

"We are operating under a medical paradigm that is untrue,” Kyle-Sidell warned. “I believe we are treating the wrong disease, and I fear that this misguided treatment will lead to a tremendous amount of harm to a great number of people in a very short time.” -nytimes article on "mis" use of ventilators

Oh boy. I glad you een in charge

"Mr Roberts told this newspaper. “We’ve got to get this nation up to 100 percent [vaccinated]

THAT SETTLES IT. I WILL NOT SHOP THERE. THE CASHIER MIGHT STAB BE UNAWARES. :-))

A heartfelt salute to Grocerman's Rupert, a one-of-a-kind with stores scattered about 14 da island's most popoulaces neighbourhoods.
Still, Comrade Rupert, might want to consider offering a Super Value Encouragement Incentive.    “Welcome to youse neighbourhood Super Value store, even if youse is one them most hard-core among the anti-vaxxers who has been lining up since four in the morning, hoping be ones the eligible for vaccine dose and to strike the Vaccine Jackpot for a Free Christmas Turkey or Ham Gift Certificate" and everything else like this and that, ― Yes?

Roberts is an old fart and windbag who probably doesn't even know that these mRNA vaccines are not for everyone. Only the most vulnerable among us based on advanced age, a very high obesity index and other grave pre-existing medical conditions should seriously consider getting vaccinated and boosted every 6 months or so for the rest of their lives.

The rest of us should accept that developing natural immunity is likely the best course of action given that these mRNA vaccines have no lasting effect beyond 6 months or so, and come with many great risks for the vaccinated that are only now beginning to manifest themselves and be understood.

Roberts was once a shrewd and cunning businessman who didn't need to give the government of the day much notice. Now it seems he must curry favour with government anyway he possibly can just to stay in business, even if it means pushing jabs on everyone. Sad to see him stooping to new all time lows.

If you've already had covid, getting vaccinated is, at best, a pointless waste of time.

If you're already vaccinated, you're still going to contract covid, eventually.

If immunity passports make any sense, they should only apply to those with natural immunity.