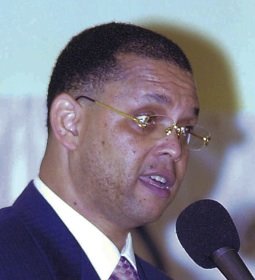 OVER 1,500 people applied for and/or inquired about jobs with the once stalled Baha Mar mega resort yesterday, according to senior company officials, who said the numbers demonstrate that the company is making good on its promise to “generate a significant amount of jobs” in the country.

FOLLOWING shock in the private sector over an Immigration Department “raid” at Atlantis earlier this week, Baha Mar confirms it had its own Immigration “visit” when five senior engineers at the Sheraton were “detained” by officials on their lunch break.

Baha Mar yesterday said it had already contacted 3,277 potential Bahamian recruits for its $2.6 billion resort, adding that it was confident it would “rise to the occasion” in developing a local workforce.

With hotel occupancies slowly returning to pre-recession levels, a top industry executive believes the sector could start to “wean itself off” promotions such as the Air Fare credit, agreeing that the $14 million pumped annually into the initiative was unsustainable.

Baha Mar has emphatically rejected concerns that it will “cannibalise” Atlantis’s room rates and labour market when it opens in 2015, a senior executive telling Tribune Business the project would increase the Bahamas’ GDP by “at least 10 per cent” that year.

The Bahamian casino industry can “double the size of the win” if proposed reforms are enacted, a senior hotel executive saying it would give this nation “bragging rights” in attracting new and current gamblers.

Developers 'kidding' if Out Island hotels larger than 75 rooms

Developers are “kidding themselves” if they think Family Islands can sustain resorts larger than 75 rooms, a leading Bahamian hotel executive urging such properties to “tie” into an island`s special attractions.

More than 350 flights departing to the US from Lynden Pindling International Airport (LPIA) were delayed during a 10-week period this summer due to problems at US Preclearance, a senior hotel executive yesterday acknowledging that while there had been improvement it was “not 100 per cent”.

The Bahamas can “triple” its $146 million annual gross gaming revenues if the Government adopts comprehensive reforms detailed by the resort casino industry, which believes the 2013 second quarter is “not an unreasonable time” for implementing them.

BAHA MAR executives believe they will this week unlock the Government’s $48.2 million contribution to Cable Beach infrastructure works when the third, and final, stage of the casino hotel reaches 100 feet above grade.

Plans to reduce Baha Mar’s air conditioning-related energy demand by 90 per cent have been thrown into severe jeopardy, the $2.6 billion resort developer yesterday confirming it had moved “on to Plan B” after a renewable energy firm failed to meet agreed timelines.

BAHA MAR has been on an aggressive social media campaign to widen the pool of potential hires for when the resort opens in 2014, its senior vice-president of external and governmental affairs telling Tribune Business yesterday that close to 7,000 jobs would be available once the hiring process begins.

Bahamians ‘not disciplined enough’ to use casinos

ROBERT “Sandy” Sands, senior vice-president of external and governmental affairs at Baha Mar, said yesterday Bahamians are not “disciplined” enough to be able to gamble in casinos locally.

The Nassau Wyndham Resort’s “mid-$90s” room rates are “not good enough” and between 23-30 per cent below where they need to be, a Baha Mar executive yesterday conceding that the guest experience was being impacted by construction work on the $2.6 billion Cable Beach expansion.

BAHA MAR executives said yesterday that $550 million had been invested into the $2.6 billion development to-date, with $130 million thus far awarded to Bahamian firms.

No approval yet on 'revolutionary' Baha Mar system

BAHA MAR yesterday affirmed its backing for the proposed "revolutionary" $102.3 million Seawater District Cooling (SDC) system that will supply 90 per cent of its air conditioning needs, but said the Government had given the project no license or approval.

Bahamas 'near top of heap' through 10% demand rise

A 10 per cent increase in room demand over the past 12 months saw the Bahamas placed "near the top of the heap" in the Caribbean by a world-leading travel research firm, local hotel executives saying the findings "augur well for a good long-term future" for this nation.

WITH Bahamian hotels suffering a 24 per cent year-over-year increase in electricity costs for January 2012, a senior industry executive yesterday warned that energy prices were the "Achilles heel" for the sector and wider business community, urging this nation to press "the priority button" in tackling the issue.