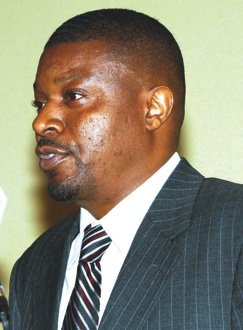 FNM Senator Zhivargo Laing said he will resign from his seat if the PLP can provide proof of a nationwide 33 per cent unemployment rate as was allegedly claimed by the party during their election campaign.

FORMER minister of state for finance, Zhivargo Laing, yestrday defended the former government's introduction of the 52-week job programme as a

WHILE acknowledging that the $93 million cost overruns on the New Providence Road Improvement Project would likely push this year's fiscal deficit over $400 million, a senior minister in the former FNM administration yesterday said the Christie government was seeking to backtrack on its "wild promises to deliver the moon".

THE proposed agency to facilitate Bahamian small and medium-sized businesses will help to reduce their risk profiles, according to minister of state for finance, Zhivargo Laing, who said this will ultimately allow them greater access to capital.

Who will be next deputy for FNM?

THE Bahamas has not been a dynamic share owning society, a government minister said yesterday, urging more Bahamians to save and invest.

IN THE House of Assembly yesterday, State Minister for Finance Zhivargo Laing tabled the amended Heads of Agreement between the government and Mayaguana Island Developers Limited for a development project on that island.

Laing's thanks to Marco City

FREEPORT - Marco City MP Zhivargo Laing has thanked constituents for giving him the opportunity to serve as their representative in Parliament. "Marc

LAING: ECONOMY WILL GROW THIS YEAR

By KHRISNA VIRGIL kvirgil@tribunemedia.com DESPITE an economically trying 2011, the Bahamas' economy is expected to experience some growth this year, State Minister of Finance Zhivargo Laing said.