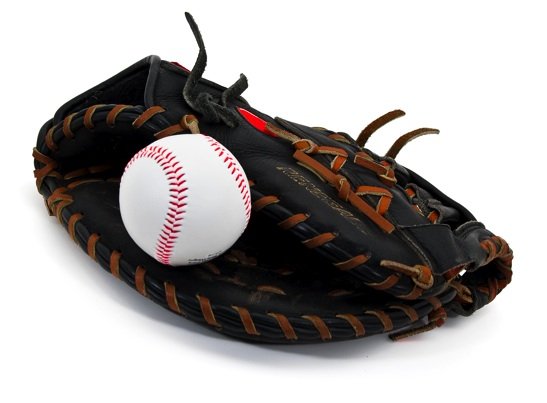 SEVERAL Bahamian baseball players at the NCAA Division I level are on winning streaks with their respective programmes.

TEAM Bahamas (Freedom Farm Baseball League) suffered their first loss of the preliminary round at the Cal Ripken Baseball Major 70 World Series.The team is now 2-1 after an 8-3 loss yesterday at the BallParks of Americas Field in Branson, Missouri. T

Team Bahamas (Freedom Farm Baseball League) opened with consecutive wins in the preliminary round of Cal Ripken Baseball Major 70 World Series.The team moved to 2-0 after a dominant 12-1 win over New Zealand yesterday at the BallParks of Americas Fie

Freedom Farm Baseball League remains undefeated thus far at the Caribbean Regional qualifying tournament for the Little League World Series.They improved to 3-0 with a dominant 13-2 win over District 1 Little League of the US Virgin Islands yesterday

BASEBALL is arguably the sport with the most populous and effective development programme in the country and two of the local leaders began their seasons last weekend. Freedom Farm Baseball League and Junior Baseball League of Nassau hosted opening

SEVERAL Bahamian baseball players have made an immediate impact on their respective clubs during opening in the minor leagues.

ON the mound and in the field, a pair of Bahamian baseball players are leading the way as their programme continues to garner national attention in the National Association of Intercollegiate Athletics rankings.

THE partnership between the Bahamas and Major League Baseball will continue this summer with a showcase for developing prospects.

Three Bahamians take the spotlight in Class A minors

THE trio of Bahamians in Class A minor league baseball have moved into their second month of the season as they attempt to adjust to the increased workload of minor league promotion.

TWO of the Bahamas’ top Major League Baseball prospects went head-to- head in a series for the first time in the professional ranks.

IN baseball circles, July 2 is known as the day when dreams come true and careers are solidified for international prospects chasing a spot on a Major League Baseball roster.

No Freedom Farm, but Andre Rodgers National Baseball Championship off to a flyer

ALTHOUGH Freedom Farm opted not to travel to Grand Bahama this year, the Bahamas Baseball Federation's (BBF) 13th annual Andre Rodgers National Baseball Championship got off to a great start on Thursday.

THEIR valiant run towards the 2014 Little League World Series came to an end for the Bahamas’ area team Freedom Farm Baseball League, however the team still managed an historic performance on home soil over the course of the tournament.

MAXIMUM Development Sports Academy was a trailblazing concept when it was established less than a year ago and the institution continues its effort in creating avenues for young baseball players to showcase their skills.

SUPERINTENDENT Patrick Wright said sports is definitely a good way to help transform the lives of the inmates of Her Majesty’s Prison.

A TRIO of Bahamian high school baseball players have made an impact on the NCAA’s early signing period as they announced where they would continue their careers at the collegiate level.

THE Freedom Farm Farmers took their game international and emerged with a pair of championship teams at the Metropolitan Junior Baseball League Inner City Classic.

THE Bahamas continues to prove itself as a regional powerhouse in PONY League Baseball with another second place finish at the PONY Colt Division Caribbean Championships.

Over 800 student athletes throughout the country will descend on the nation’s second city as one of the most populous sporting events in the Bahamas opens today.

THE Andre Rodgers National Baseball Championship is expected to bring an economic boost to the local economy.

THE Eleuthera Junior Baseball League of Rock Sound played its final game in the junior divisions of the 2013 Championship Series in Spanish Wells on Saturday.

BAHAMIAN players Trae Sweeting and Ian Mayers helped lead Christ School Greenies to victory in the first round of the State Playoffs with a 7-1 victory over No.9 seed Metrolina Christian High School.

PRE-SEASON training and workouts continue this and each Saturday throughout February between 1:090 pm ad 3:00 pm as the Legacy Baseball/Softball Association finalises teams for its upcoming girls softball and boys baseball seasons which opens on March 2nd, 2013 at the YMCA.

Cartwright scores only run for Great Britain against Germany

SHORTSTOP Albert Cartwright did it again. He scored the only run for Great Britain in another humiliating defeat - this time 16-1 to host Germany in the World Baseball Classic qualifier on Sunday.

ALBERT Cartwright drilled a solo home run to produce the only run for Great Britain in their crashing 11-1 defeat to Canada on day one of the qualifying tournament for the 2013 World Baseball Classic at the Armin-Wolf Baseball Arena in Regensburg, Germany.