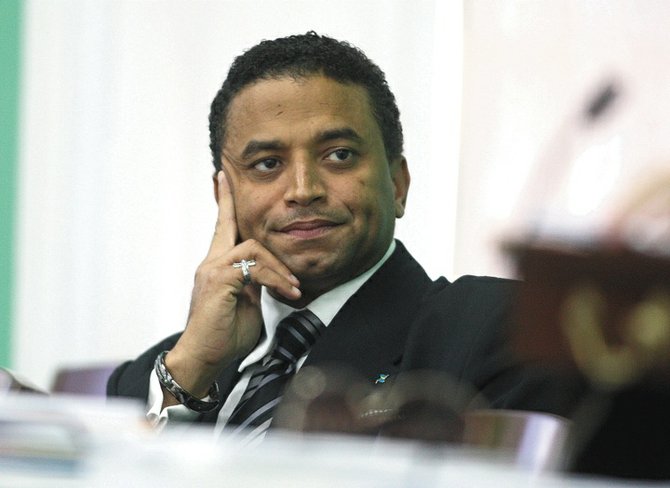 WITH exactly one year in office under the Christie administration’s belt, the DNA has given a scathing review of the PLP’s progress thus far.

'No time for blame - make good on your promises'

THE government is spending too much time blaming the former FNM administration for every problem facing the country and not enough delivering on its promises, Democratic National Alliance leader Branville McCartney said.

A MAGISTRATE gave the prosecution a final chance to produce witnesses for a trial in which two men were accused of making death threats against then Bamboo Town parliamentarian Branville McCartney.

THE school year has officially begun and I am sure all right thinking persons wish only the very best for our students who are here and abroad.

PARENTS should be charged before the courts and held responsible for their children's illegal activities, DNA Leader Branville McCartney said yester

'No FNM move for Bran'

FNM leader Dr Hubert Minnis has dismissed any possibility of DNA leader Branville McCartney being courted by his party to replace him as leader of the FNM.

DNA to sue over broadcast cut

THE DEMOCRATIC National Alliance (DNA) has threatened to take legal action after a live broadcast of the party's most recent rally was cut short in favour of broadcasting a Progressive Liberal Party (PLP) rally.

THE DEMOCRATIC National Alliance will put an end to the “social promotion” of students in the public education system if elected as the next government.

DNA Leader Branville McCartney is calling for land reform in the Bahamas.

Bran: FNM not serious about crime

THE FNM are not serious about crime, DNA leader Branville McCartney charged during a radio interview yesterday.

ONCE again calling on Prime Minister Hubert Ingraham to engage in a public debate, the DNA claims after 25 years in political life Mr Ingraham has become "intoxi

AFTER the violence hit close to home, DNA leader Branville McCartney criticised the government for its failure to crack down on the country’s escalating crime problem.

'Delaying naming of election date is hurting the Bahamas'

AFTER stating that they would put the issue of marital rape legislation "to the people", the DNA has now taken a stand on the matter. It has proposed amendments to the existing law on sexual assault by a spouse.