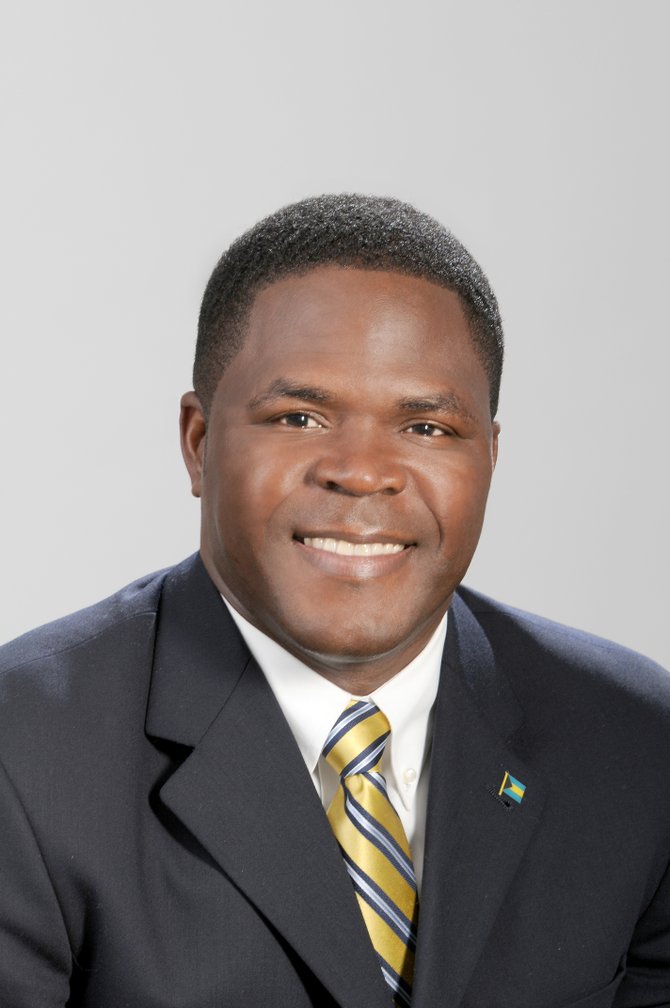 Rolle has a global aim for future of Bahamas

STATE Minister for Investments Khaalis Rolle plans to put The Bahamas at the forefront of global developments.

THE government yesterday denied that it fast-tracked approvals for a North Abaco hotel and fishing lodge after developers began dredging without environmental permits.

A NEW drainage system at Pinewood Gardens to combat severe flooding in the area could cost the government up to $13 million, according to constituency MP Khaalis Rolle.

The developers behind a $6 billion resort project are “a little bit closer” to kickstarting formal government analysis of their proposal , with confirmation of the necessary financing still awaited by the Christie administration.

US universities in stem cell rush

MIAMI, FL - The Government’s decision to enact stem cell legislation is proving to be a “game changer”, a Cabinet minister said yesterday, telling this newspaper that two more US universities had expressed interest in developing medical facilities in the Bahamas.

The Government has received a “formal application” from the Barbados-based SOL Group for its approval of the Esso (Bahamas) acquisition, a Cabinet Minster yesterday confirmed, while promising to consult with the latter’s Bahamian retailers before any decision was taken.

MINISTER of State for Investments Khaalis Rolle said the Government was moving on its plans to revamp the Bahamas Investment Authority into a “vibrant investment promotion vehicle”, telling Tribune Business that an economic development approach was critical to the survivability of small and medium enterprises.

The Government is planning to “revive” a three Bill-strong legislative package that would create a Bahamian Land registry, a Cabinet Minister has confirmed.

MP hands out furniture to victims of flooding

PINEWOOD MP Khaalis Rolle was on hand yesterday to distribute furniture to “a community that bore the brunt of the storm” – having suffered severe flooding as a result of last month’s record rainfall.

Rolle says Bahamians will not be disadvantaged by gaming act

BAHAMIANS will not be disadvantaged by whatever decision the government makes with regard to what are now draft amendments to the Gaming Act, Khaalis Rolle, Minister of State for Investments in the Office of The Prime Minster, told The Tribune.

THE Bahamas remains challenged on providing downstream benefits from foreign direct investment (FDI) inflows, despite leading all of Latin American and the Caribbean with a gross investment ratio of 27 per cent in 2012, Investments Minister Khaalis Rolle said yesterday.

A Cabinet minister yesterday said the Government was not “dragging its feet” over whether to approve a $250 million ‘Floating Power Plant’ investment proposal that aims to reduce electricity costs by 30-50 per cent.

A CABINET Minister yesterday sought to “clarify” the seemingly new hard-line work permit stance, saying it was “not a firm policy” and no final decision on it had been taken by the government.

A Cabinet Minister yesterday sought to “clarify” the seemingly new hard-line work permit stance, telling Tribune Business it was “not a firm policy” and no final decision on it had been taken by the Government.

The Government will be able to cut its annual $18 million subsidy of Grand Bahama’s tourism industry by 60 per cent through the Reef Village re-opening, a Cabinet minister yesterday describing the deal as “some stroke of genius”.

THE Bahamas is “well positioned” to capture a significant amount of foreign direct investment, according to Minister of State for Investments Khaalis Rolle, who noted that the recent Bahamas International Investment & Business Forum (BIIBF) had generated a “tremendous amount of activity”.

THE INVESTMENTS Minister has confirmed he received a proposal for an ambitious $1.5 billion food production project on Andros, aimed at making the Bahamas self-sufficient.

Minister aims to brand the Bahamas

A well-known consultant yesterday said long-planned small business development legislation would be “like a 40th anniversary gift to the Bahamas” if it was brought into law, as the Government works “feverishly” to get it enacted

A former Bahamian Cabinet Minister has partnered with international investors in a bid to either acquire the South Ocean Resort or its casino licence, Tribune Business can reveal.

A Cabinet Minister yesterday said he was “focusing a lot of my efforts” on reopening closed hotels and resort development projects halted by the recession, particularly those that could revive Grand Bahama’s “dead” economy.

THREE key government ministers give their insight into plans to redefine the country’s economic model in the latest edition of a Bahamas magazine.

INVESTMENTS minister Khalis Rolle confirmed yesterday a $20 million “poultry project” for North Andros was currently under review, telling Tribune Business the Government should be in a position “in a couple of weeks” to make a final decision on the proposal.

JEFF Rodgers, who has ran a successful summer basketball camp for more than 20 years, is lending his expertise to Khaalis Rolle as the Member of Parliament for Pinewood hosts his first Christmas Basketball Camp in the area.

Norman's Cay 'set for take off' via Miami investor

A Miami-based real estate private equity firm’s bid to develop a high-end, boutique resort on Norman’s Cay is “about to take off”, a Cabinet Minister has told Tribune Business, with the Government “in the final stages” of providing all necessary approvals.

The Government is aiming to “instutionalise” an approvals process that “meets 90 per cent of the needs of investors” coming into the Bahamas, a Cabinet minister telling Tribune Business that “hundreds” of proposals were before it.

FREEPORT – A major partnership has been launched to attract foreign direct investment to Grand Bahama and better brand the country as an ideal place to invest.

THE Bahamas “has never been more attractive for Canadian investment than it is now”, government ministers have told Tribune Business, describing as “an isolated incident” the dispute that prompted an advisory to be issued against this nation.

FREEPORT – Minister of State for Investments Khaalis Rolle said the government is working on an economic recovery strategy that will allow Bahamian entities to reap significant benefits from large direct foreign investments.

The Government yesterday said it was “unfamiliar” with, and trying to find out more, about a $36.75 million ‘resort town project’ planned for the Bahamas, which was being promoted by the Orlando-based investment bank/private equity firm supposedly financing it.

The five-year investment incentive limits previously placed on Bahamian manufacturers “took away a lifeline” when they needed it most, a government minister telling Tribune Business the move failed to increase the Public Treasury’s revenues.

The Government yesterday pledged to bring the long-awaited Small and Medium-Sized Business Development Bill to Parliament by January 2013 at latest, as a sector consultant said the Bahamas needed to create 700 net new jobs a month for the next three years to “dent” the unemployment rate.

MINISTER of State for Investments Khalis Rolle said yesterday that he was very optimistic regarding a number of investment projects currently in the pipeline, telling Tribune Business that these projects varied between sectors such as tourism, agriculture and energy.

Gov't moves to get small business 'back on track'

MINISTER of State for Investments, Khaalis Rolle, said yesterday that he is spearheading the move to implement the Small Business Act, telling Tribune Business the legislation would provide a modern framework to address many of the challenges faced by Bahamian small and medium-sized businesses.