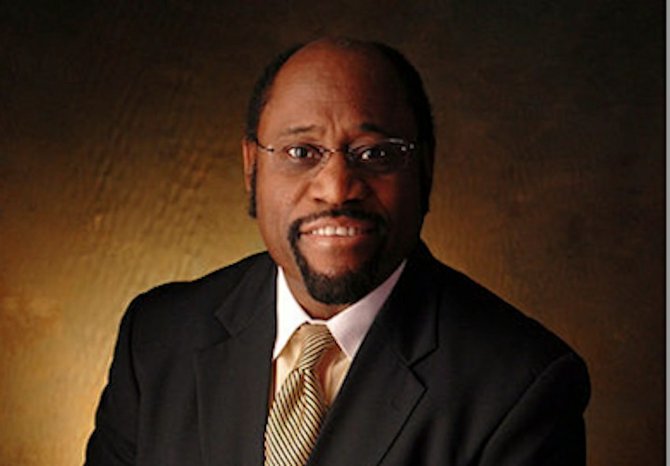 RELIGIOUS Leader Dr Myles Munroe said yesterday that while he supports the upcoming referendum on gender equality, the government should have “left the date open” and “let the people decide” when they are ready to vote rather than set a fixed date.

Munroe undecided on support for referendum

The Bible and LGBT rights

THE discussion between popular preacher Dr Myles Munroe and Fox Hill MP Fred Mitchell has been an interesting one. Interesting only because it is fascinating watching someone with a bigoted position attempt to maintain their civility while still holding fast to their bigotry.

Munroe ‘would be happy to talk’ to Mitchell amid row

DR MYLES Munroe extended an olive branch to Minister of Foreign Affairs Fred Mitchell yesterday, inviting Mr Mitchell to meet with him and clear the air concerning their recent disagreement.

Mitchell to Munroe: Don’t mess with me

FOREIGN Affairs Minister Fred Mitchell warned Dr Myles Munroe yesterday “not to mess” with him, charging that “just because someone sits on a pulpit and hides behind theology does not give them the right to make vile, slanderous statements”.

RELIGIOUS leaders were up in arms yesterday over claims that recent amendments to the Sexual Offenses Act have essentially outlawed marital rape.

BAHAMIAN pastor has branded as ‘reckless’ Pope Francis’s decision to tell the media that he would not judge priests if they were gay.

Comrade Preacherman's Miles has read and studied far too much to issue this misconception about what Pope Francis actually said. Here we have a new pope willing to lead the Catholic Church as a Holy Father with compassion and understanding. How preacherman's Miles can see anything in the pope's statement, other than his reaffirming the teaching and practice of the Church is beyond logic. Yes, while the Holy Father's words can be seen as a major departure from his pontiff predecessors, Pope Francis has not said he's about to make a shift in the church’s official stance on "practice sex life" gays. Note he never used the term homosexuality, something every other pope has used. Comrades let's not forget that Pope Francs takes the same stand with straight priests, that it still remains a sin to engage in sex. Comrade Preacherman's Miles would have you believe that Pope Francis has now become the chief lobbyist for gay priests who can't keep their zippers up?