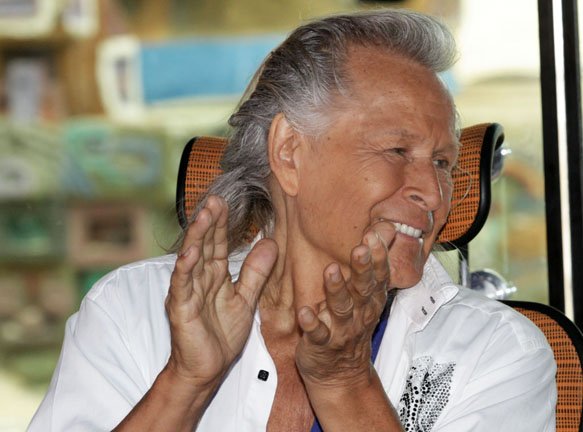 CANADIAN fashion mogul Peter Nygard has been accused of orchestrating a murderous plot against his billionaire neighbour Louis Bacon and lawyer Fred Smith, his chief opponents in an ongoing campaign against development at Nygard Cay, according to court documents filed yesterday.

BILLIONAIRE fashion designer Peter Nygard yesterday won his appeal against a judge’s finding that he was guilty of contempt of court.

THE Court of Appeal has set a date for multi-millionaire Peter Nygard’s appeal against a judge’s finding that he was guilty of contempt for disobeying an order pending the hearing of a civil matter involving himself and his billionaire neighbour, Louis Bacon.

AN AFFiDAVIT sworn by Lyford Cay resident Peter Nygard claims that he has been a major backer of Prime Minister Perry Christie and the Progressive Liberal Party.

A REPRESENTATIVE of Peter Nygard yesterday failed to respond to claims that the billionaire fashion designer owes the government more than $3 million in real property tax.

Top QC: 'Is it Perry or Peter in charge?'

The Prime Minister’s assertion that Save the Bays’ Clifton campaign is “foolishness” has been slammed as “undignified and short-sighted”, a top QC questioning: “Is it Perry or Peter who is in charge?”

THE opposition Free National Movement has warned Peter Nygard that if he doesn’t either prove or apologise for his claims that the former administration was corrupt, the party will take aggressive legal action against him.