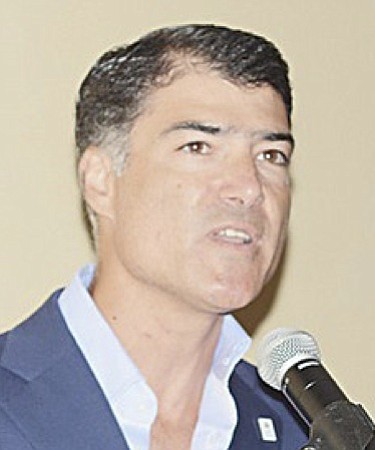 Sarkis Izmirlian made a $40m offer to buy-out the Rosewood hotel property from the rest of Baha Mar after the property was placed into receivership in late 2015.

Sarkis Izmirlian is targeting a “substantial” jobs and GDP impact with a 333-acre mixed-use development at Clifton Bay that is focused on “sustainability” and environmental preservation.

Sarkis Izmirlian is claiming Baha Mar’s main contractor would have cost him $169 million in “grossly over-valued bids” had he not intervened in its procurement process.

Govt: No reply yet to Izmirlian’s plea

THE government has no official response to former Baha Mar developer Sarkis Izmirlian’s plea for a moratorium on the sale process of the beleaguered resort at this time, Press Secretary Anthony Newbold said yesterday, adding that the situation is still being evaluated.

FREE National Movement Shadow Minister of Labour Loretta Butler-Turner yesterday questioned why the government would not give Sarkis Izmirlian the opportunity to “buy back Baha Mar” seeing that the former resort owner “invested so much time and money” into the stalled property.

Denial of application for foreign lawyer defended by Bar Association

BAHAMAS Bar Association President Elsworth Johnson yesterday defended the self-regulating body against criticisms of its decision to deny an application by the Bahamian law firm representing Sarkis Izmirlian to bring in a foreign lawyer to join their legal team.

The Supreme Court yesterday ruled it was legally impossible for Sarkis Izmirlian to acquire the rights to Baha Mar’s $192 million damages claim against the project’s contractor.

IN a letter sent yesterday, Baha Mar developer Sarkis Izmirlian asked the president of the China Exim Bank to accept his offer to complete and open the stalled resort, promising to rehire Bahamian employees while ensuring that the bank does not accept a discount on its debt.

A former Baha Mar director yesterday warned that the Government will soon “have a huge white dinosaur on their hands”, despite the project’s secured creditor promising that a solution is being developed.