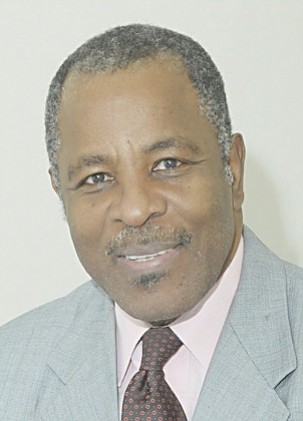 BISX-listed FOCOL Holdings is on a capital markets “reconnaissance” mission to determine its best finance-raising options as it “very aggressively” seeks to position itself for growth post-COVID-19. Sir Franklyn Wilson, the company’s chairman, told

Bahamian investors: Our nation needs you

A prominent businessman is urging Bahamian investors and those with overseas capital holdings to “bring some of that back and help rebuild the local economy” in COVID-19’s wake. Sir Franklyn Wilson, the Arawak Homes and Sunshine Holdings chairman, t

The government may have no choice but to respond to the coronavirus pandemic with “painful spending cuts” due to its lack of fiscal “headroom”, a prominent businessman warned yesterday.Sir Franklyn Wilson, pictured, the Arawak Homes and Sunshine Hold

The prime minister has “no viable ideas” for improving the lives of ordinary Bahamians, a prominent businessman has blasted, arguing that the Over-the-Hill revival has made little impact to-date. Sir Franklyn Wilson, the Arawak Homes and Sunshine Ho

Most Bahamians to miss growth benefits

A well-known businessman yesterday voiced fears that the “overwhelming majority” of Nassau residents may not feel the benefits even with the capital’s economy poised for “a good inning” in 2020.

Politicians are reluctant to tackle The Bahamas’ consumer debt woes for fear of undermining much of the spending fuelling the economy’s “powder puff” growth, a well-known developer said yesterday.Sir Franklyn Wilson, pictured, the Arawak Homes chairm

A well-known businessman yesterday warned that the financial hardship faced by relatives of those missing in Hurricane Dorian could be exacerbated without changes to Bahamian law.Sir Franklyn Wilson, the Arawak Homes and Sunshine Holdings chairman, t

A “bad mortgage” acquirer is aiming to further relieve distressed borrowers and their lenders by expanding into unsecured loan purchases, it was revealed yesterday.Sir Franklyn Wilson, whose group is one of the investors behind Gateway Financial, tol

A leading businessman yesterday warned that a forced renationalisation of the Bahamas Telecommunications Company (BTC) will “do more harm than good” for this nation.Sir Franklyn Wilson, pictured, who led the Christie administration’s negotiations to

‘Quality of life’ disconnect between gov’t and people

A prominent businessman yesterday said there was a disconnect between WTO-type policy decisions and how they “translate into an improved quality of life” for most Bahamians.

RoyalStar Assurance and its Trinidadian partner are targeting a Caribbean acquisition that is expected to close before year-end 2019 as part of a regional expansion strategy.

FOCOL Holdings chairman yesterday revealed that its share buyback was launched because it “can’t believe” investors place so little value on a stock that consistently delivers healthy profits.

KEEP YOUR HANDS OFF: Sir Frankie dealt blow over land ownership - but locals lose out too

Sir Franklyn Wilson, pictured, yesterday pledged that the Privy Council’s rejection of his development company’s claim to 2,086 acres “in no way changes our plans and commitment” to South Eleuthera.

'Madness': 90% of loan requests are consumer

The Bahamas' consumer loan "madness" is making sustainable economic development impossible, as more than nine out of every 10 credit applications fall into this category.