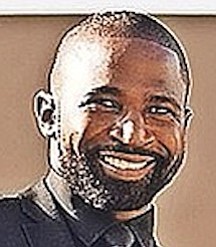 EDUCATION Loan Authority chairman Miriam Emmanuel would not say yesterday if Senator Ranard Henfield was accurate about repaying his student loan to the government, suggesting the authority is still awaiting proof from him.

SENATOR Ranard Henfield has been included on a list of people with outstanding delinquent loans to the Education Loan Authority. His name was included alongside 98 others in a notice published in a local newspaper yesterday. “We have not been able

Senator: Give undocumented the right to work for a year

SENATOR Ranard Henfield yesterday hit out at the government’s failure to make parliament more inclusive for people with disabilities. Mr Henfield noted parliametarians in both the Lower and Upper Houses were not required to “upload their contributio

Henfield ‘must do more’ after anti-gay slur

Henfield votes no to spy bill

SENATOR Ranard Henfield voted against the Interception of Communications Bill in the upper house on Friday, the only senator to do so.He criticised the involvement of the attorney general in sanctioning interception devices as well as a provision all

Henfield’s ‘no’ on spy bill vote

SENATOR Ranard Henfield indicated in a tweet over the weekend he will vote against the Interception of Communication Bill in the Senate, calling the issue “a matter of conscience”.

SENATOR Ranard Henfield has challenged Members of Parliament and senators to donate at least a quarter of their salaries to individuals or groups launching community or national initiatives.

SENATOR Ranard Henfield, head of the We March protest movement, is urging the Minnis administration to give the Grand Bahama Human Rights Association power over the so-called "Spy Bill" before having it tabled in Parliament. Attorney Fred Smith, hea

SENATOR Ranard Henfield said on Sunday he has not received a request from any of the sub-groups associated with the We March Bahamas organisation to stage a protest against the Minnis administration for inaction during its first 100 days.