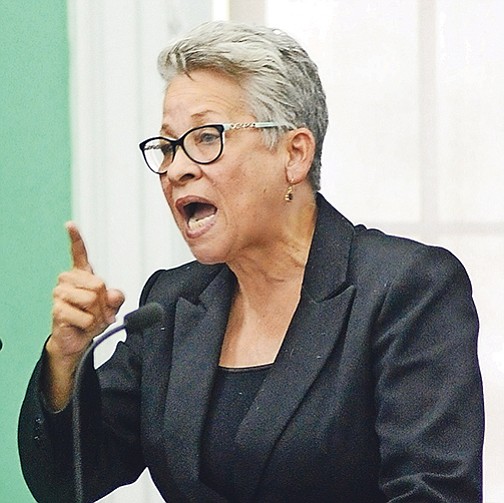 ENGLERSTON MP Glenys Hanna Martin yesterday denounced the government’s upcoming “farce” of an observance for Majority Rule Day, telling The Tribune the Minnis administration has betrayed the principles of its historical significance.

‘Where’s the red carpet for Shaunae?’

ENGLERSTON MP Glenys Hanna-Martin last night complained about the lack of fanfare for 400m Olympic champion Shaunae Miller-Uibo on her return to The Bahamas last week after an extraordinarily successful season on the track and field circuit.

THE Public Hospitals Authority said it has not implemented a new fee structure for wheelchair transport services for dialysis services at Princess Margaret Hospital, after concerns were raised about an internal memo made public proposing such a move.

THE Progressive Liberal Party’s motion for a select committee to investigate matters relating to Oban Energies was defeated yesterday when Free National Movement (FNM) parliamentarians in the House of Assembly unanimously voted against it.Englerston