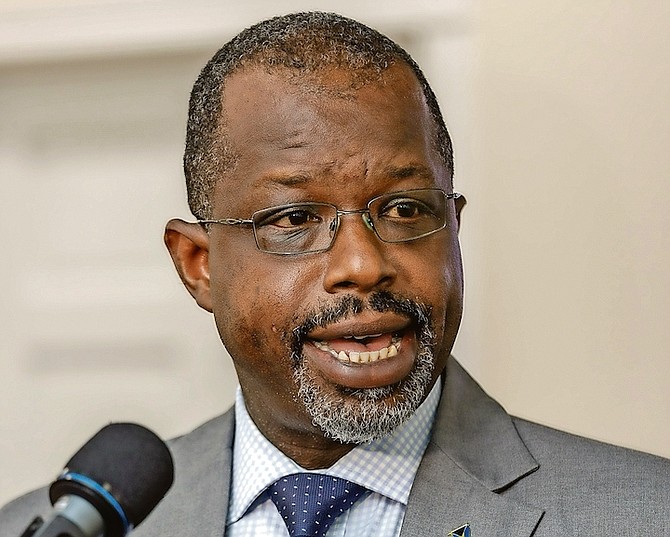 PUBLIC Works Minister Alfred Sears warned that illegal shanty towns will not be allowed to go unchecked indefinitely, while revealing that officials are reviewing an existing injunction with a view to making appropriate applications to the Supreme Court to crack down on the unregulated communities.

Concern over offences while on ankle monitors

NATIONAL Security Minister Wayne Munroe said officials are concerned about the high number of persons committing offences, while they are being electronically monitored.

WHILE acknowledging the country is facing a crime crisis, National Security Minister Wayne Munroe said yesterday he is hoping to meet with judiciary officials this week to discuss ways to speed up criminal cases as a part of their crime fighting strategies.

Minister: Consideration given to redeployment of COVID ambassadors

NATIONAL Security Minister Wayne Munroe said consideration is being given to the redeployment of COVID-19 ambassadors, despite the recent falling away of much of the country’s mask mandate.

THE Bahamas reached an unwanted landmark last week – the 100th murder of the year.

Wayne Munroe: Police should be presumed innocent until proven guilty

NATIONAL Security Minister Wayne Munroe said yesterday that just as others are presumed innocent until proven guilty, police should be given the same treatment. His comments came when asked to respond to concerns over the recent fatal police-involved shootings.

A HIGH-ranking police officer had to receive several stitches after he intervened in a fight involving a group of men at the Independence Junkanoo parade, National Security Minister Wayne Munroe said yesterday.