Communications sector below $400m revenues - a first in five years

Communications sector revenues dipped below $400m for the first time in five years during 2018, with both fixed-line voice and pay TV subscribers falling year-over-year.

The collective value of BISX-listed equities fell by 4.82 percent during the nine months to end-September 2018, producing a similar decline to that witnessed on major global stock markets.

The collective value of BISX-listed equities fell by 4.82 percent during the nine months to end-September 2018, producing a similar decline to that witnessed on major global stock markets.The Bahamas International Securities Exchange’s (BISX) All-Sha

The Nassau Container Port’s 2019 first quarter profits beat target by nine percent despite projections that full-year net income will be down by more than $1m compared to the prior year.Arawak Port Development Company (APD), the port’s BISX-listed op

SECURITIES and mutual funds listed on the Bahamas International Securities Exchange (BISX) had a $9.4 billion collective value at mid-2018, even though domestic stock prices were down 4.46 percent for the half-year.

THE Bahamas will become ever-more reliant on tourism to the point where it generates almost 60 per cent of GDP within a decade, a global industry body has forecast.The World Travel and Tourism Council (WTTC), in its annual assessment of the sector’s

The market value of all BISX-listed securities rose by nearly $50m during 2018, with a strong fourth quarter enabling the exchange’s All-Share Index to close the year up 2.2 percent.

All performance indicators for major Nassau/Paradise Island hotels increased by double digit amounts every month in the 2019 first quarter, with room revenues ending the period up 37 percent.

The Bahamas’ national debt finished 2018 at $8.22bn, having increased by $335.3m last year, although GDP growth meant it fell slightly in proportion to the size of the economy.

The government lowered its direct contribution to the national debt by $26.4m during the 2018-2019 fiscal year’s third quarter, its just-released “fiscal snapshot” reveals.

A HAITIAN man was remanded to prison yesterday over allegations he had sex with underage girls. Leslie Petit-Frere appeared before Magistrate Andrew Forbes charged with three counts of unlawful sexual intercourse. It is alleged that Petit-Frere rap 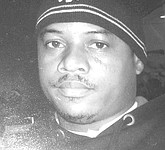 The Bahamas International Securities Exchange’s (BISX) All-Share Index maintained its year-long climb by closing up 2.94 percent for the first nine months of 2019. The trend, which began in the 2018 fourth quarter, reversed the 4.82 percent decline

Cashiers charged with stealing more than $400,000

FOUR cashiers at a local automotive services company in New Providence were arraigned in a Magistrate’s Court on Friday charged with collectively stealing more than $400,000 from their employer over a two-year period.

Travel advisories are not flippant

Travel advisories are issued by sovereign governments to advise their citizens of danger or potential danger when visiting a particular city, area or country – they are not flippantly issued.