A Supreme Court judge is unsure whether she obtained “the whole truth and nothing but the truth” in an unholy battle over the land upon which a 2,500 seat mega Freeport “cathedral” now sits.

Securing your business over Christmas holiday

Before you spend your time and money on Christmas festivities, remember to plan for a safe and secure holiday. While the festive season brings joy and excitement, it unfortunately also sees a rise in criminal activities, especially those directed against the business community. Here are our most effective tips for holiday safety and security:

STATESIDE: Finding justice is no easy thing in courts where politics rule

American politics and jurisprudence are supposed to be separate.

SOMEONE I highly respect reminded me recently of the reaction Bahamians had when we heard a hotel magnate from South Africa, a man known to throw lavish parties aboard a private jet and enrich himself in a land of apartheid, had purchased much of Paradise Island. Bahamians were enraged, apoplectic.

IAN FERGUSON: Inviting the giving spirit to your firm

THANKSGIVING Day, even in The Bahamas, usually signals the start of the festive season and the season of giving. This year, the spirit of giving is even more critical as the world rebounds from the terrible grip of the global pandemic.

A focus on employee health and wellness has become critical for many companies. Designing and managing employee wellness programmes, and developing strategies for helping workers achieve their health goals, is an important step in improving the health and productivity of employees.

A convict serving a 50-year sentence for murder has failed in a bid to overturn an Order that froze up to $11.4m of his assets held by Bahamian financial institutions.

Sarae Rodgers and Maddison Bowleg, rising young players out of the Mark Knowles Tennis Bahamas programme, were rewarded by Atlantis Resorts yesterday for their victory and runner-up position at two separate (USTA) tournaments in Florida and Virginia respectively last month.

IAN FERGUSON: Managers must relate to their older workers

Being an effective manager takes critical skills such as leadership, communication and strategic planning. It takes time to build rapport and respect with a team, and managers who do not take the time to do this can have a negative impact on team performance and morale.

Whether you are a small family business or a large corporation, a business owner or a human resources manager, effective retirement and succession planning is vital for your company’s continuing success. 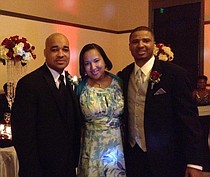 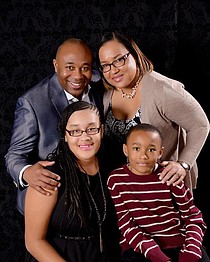 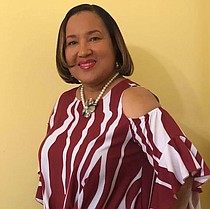 FACE TO FACE: A one stop place for learners online

NEVER before in the history of mankind have billions of human beings used the internet as a tool for traditional learning at the same time.

A COVID-19 start-up is aiming to expand into the Caribbean within a year of next month’s launch, its president said yesterday.

The Bahamas has been nominated in 20 categories at the upcoming Caribbean Journal Travelers’ Choice Awards 2021.