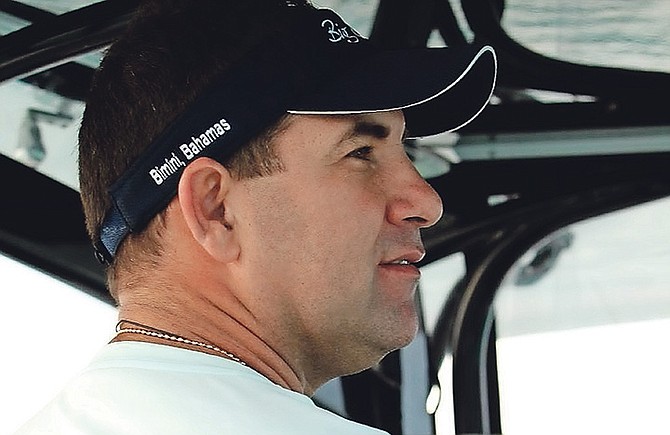 HEALTH Minister Dr Duane Sands yesterday defended the efforts made to save Alain Perez’s life after he was shot in Bimini over the weekend amid allegations by a friend of the victim that “inaction” by Bahamian officials and an “under-equipped” clinic contributed to his death.

A mystery gunman shot the Cuban-American man multiple times in his torso when he opened the door of his condo on Sunday around 1am. Perez opened the door after hearing knocking, his roommate told police. Perez lived just opposite the popular Resorts World Bimini.

When the victim was transported to the Bimini clinic, Dr Sands said a consultant physician trained in advanced trauma life support attended to him. She cared for the 47-year-old for roughly one hour and 50 minutes, the minister said.

In that time, the physician made contact with air ambulances in New Providence and the United States.

However, Dr Sands said the victim would have needed to be accepted at a hospital before the air ambulance was dispatched.

“The patient was shot multiple times to the torso and it is conceivable that he had life - well he did indeed have life threatening injuries and he succumbed from these injuries,” Dr Sands said yesterday morning ahead of the morning Cabinet meeting.

“In the hour and 50 minutes or so that she was caring for him, no acceptance or admission to hospital in the United States was obtained and as such the air ambulance service was scrambled from New Providence to bring him to Doctors Hospital.

“Unfortunately the patient succumbed before the air ambulance arrived.”

Dr Sands called this a “horrible tragedy,” but said there was a lot of speculation circulating.

“We would like to obviously optimise every single health facility not just for tourists but also for Bahamians. Bear in mind in an archipelago we have 98 clinics around the Commonwealth of the Bahamas.

“Those 98 clinics, we try to standardise the care that’s provided and we have a hub and spoke model so that there’s different capacities.

“We are trying to strengthen the capacity in other hubs so that we can respond to the majority of issues that arise. Again this is very unfortunate but whether or not any change in equipment would have made a difference in this gentlemen’s outcome, I think we don’t have enough information to answer that.”

The government also released a statement yesterday, offering condolences to the victim’s family but stressing the right protocol was followed in this case.

“Mr Perez was seen by a board-certified physician and medical team at the Alice Town Community Clinic on Sunday, and received the appropriate treatment,” the statement noted. “Air ambulances from Florida and Nassau were also contacted. Advanced trauma life support protocol, a programme for medical providers in the management of acute trauma cases, was followed by the physician and medical team, but unfortunately Mr Perez succumbed to his injuries.

“As a destination we welcome millions of visitors to our shores annually, and the Bahamas takes any incident affecting a visitor very seriously. This remains a very active investigation by the Royal Bahamas Police Force, which is using all available resources to bring this matter to a conclusion.”

However, Alex Morlote – who identified himself as a family friend of Perez — gave a differing account of what transpired during treatment at the Bimini clinic.

He raised the concerns on CBS Miami’s Facebook page.

The post has garnered lots of reaction, with some expressing fear about future visits to Bimini.

Attempts to reach Mr Morlote by The Tribune were not successful up to press time.

“We became aware of the attempt on our friend’s life after leaving the casino in Resorts World Bimini and knocking on the patio door of his condo,” Mr Morlote said in the post written Monday. “An armed man in civilian clothes, who identified himself as an officer of the law in the Bahamas, came around the corner of the condo to question our intentions and informed us of the recent attempt on Alain’s life. Our friend and brother had already been taken to the Bimini clinic in critical condition.

“We were escorted by a uniformed police officer to the under-equipped Bimini clinic. We were denied access to enter the building by the same escort, the only law enforcement presence at the location of the victim after an attempted homicide.

“From the time he was shot until the time we arrived at the clinic, there were already attempts made by others to have him transported to a trauma facility via private air assets. Based on our understanding of the events that followed, the air assets were not cleared by Bahamian authorities to land for Alain’s immediate evacuation from the island.”

Mr Morlote said he contacted the US Coast Guard in Miami to request immediate medevac, but was informed that they were not authorised to fly during hours of darkness to Bimini.

He then contacted the US Embassy in Nassau.

“The person assigned to the phones for the night received my report and tried to contact the duty officer. The duty officer was unreachable. I asked to escalate the situation and contact the regional security officer for the embassy and was told that the duty officer would do so when he was reached. I asked for whoever else who served in the embassy with authority to make a call for immediate medevac to be contacted. There did not seem to be a protocol in place for when the duty officer does not answer his phone. I was also informed that the Bahamian authorities had yet to submit a report to the US Embassy that an American citizen was in critical condition and needed life-saving support.

“Within the hour, our friend and brother, Alain Perez, was deceased. His last breath left his body along with the beautiful soul we all knew and loved.”

Mr Morlote said the next time he heard from the US Embassy was when he called them to follow up at 12.11pm the same Sunday afternoon, but he wasn’t given much information.

They simply stated that they were aware of the situation, he said.

Mr Morlote further raised concern that there had been no indication of a homicide on the island for those there and there was no increase in security protocol.

He said neither was notice given to the visitors that there was an “obvious threat to human life”.

He further urged people to make their own judgment on the matter.

“Consider your decisions when allowing your teenage children to travel to the island without a competent adult. Communicate this tragic story with your elected representatives. Enhance Alain’s family’s ability to put the pieces of the story together and reach the conclusion they deserve.

“Expose the Bahamian government for their inaction. Expose the US Embassy for their incompetence. An American citizen was left to die,” he wrote.

Even in the great USA people die in the best hospitals AFTER multiple gunshot wounds to the chest! It is likely the person died from the gunshot wounds and not the care or lack thereof that was given.

But Sands was stupid enough to take the bait. We can't even get good emergency care on New Providence so it's a given that getting it in Bimini is a total non-starter. LMAO

Mortally wounded in the out Islands is never good. It is what it is.

A country that claims to host millions of tourist across all of its islands is incapable of dealing with multiple gunshot wound emergencies? 👎 DISGRACEFUL!

All the murders that occur on that tiny dot for a country is incapable of triaging? 👎 DISGUSTING!

Americans, do NOT go to that country Bahamas, do NOT! 👎

Mr. Perez resided on a small island with less than 1,000 people. He was NOT in the capital that has Tertiary health care services. Why not direct your rage at the person that shot him in the first place.