UPDATED: Governor General and Chief Justice to be Knights 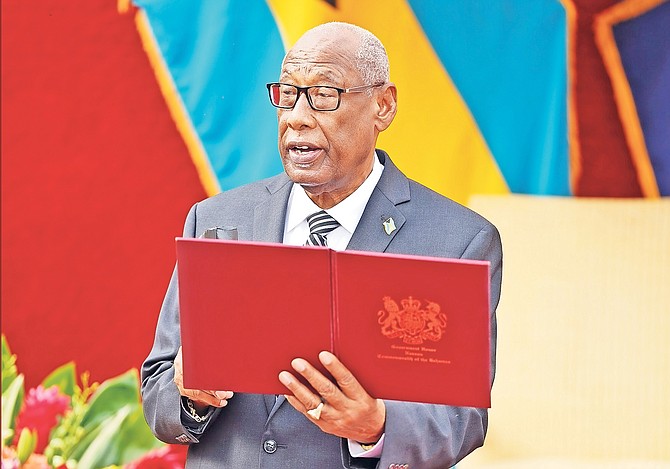 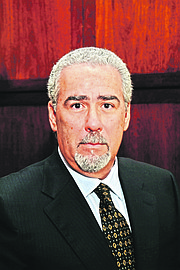 QUEEN Elizabeth has given her approval for Governor General Cornelius Alvin Smith and Chief Justice Brian Moree, QC, to be knighted.

“A native of Long Island, (the Governor General) has dedicated more than half a century of sterling service to the Bahamas,” the press release noted. “A committed civic minded individual, his excellency has provided leadership to the Bahamian community, social and civic organisations including the Chamber of Commerce, the Kiwanis and Rotary organisations.”

Mr Smith is a former ambassador to the United States. His previous diplomatic post was non-resident ambassador to six Central American countries.

Meanwhile, Mr Moree’s knighthood comes after he was appointed as Chief Justice last June. He is former senior partner at law firm McKinney, Bancroft and Hughes.

Because he is a FNM. And that is also why the tax payers pay $9.000 per month for his rent which is equal to what a Miniman wage earner .earns in a whole year.

Its the peoples time.

... thanks for reminding me that the PLP never, ever abused the public purse. Ever!

Just the bills for the airfares, hotel suites, food, entertainment, ground transportation, dry cleaning, flowers, gifts, hair stylists, liquors, press agent, photographer, miscellaneous stuffs send off to England we colony's Comrade Governor General Cornelius and his royal pampering entourage, along his contingent protective security team can easily cost the post Hurricane Dorian PopoulacesPurse, something likes $163,398.41. You cant make up, you just, can't a good enough excuse for why we went begging the English and other countries PopuulacesOrdinary to dip into their pockets to please send we colony's a couple they own personal dollars and shillings to help out we post Hurricane Dorian victims?