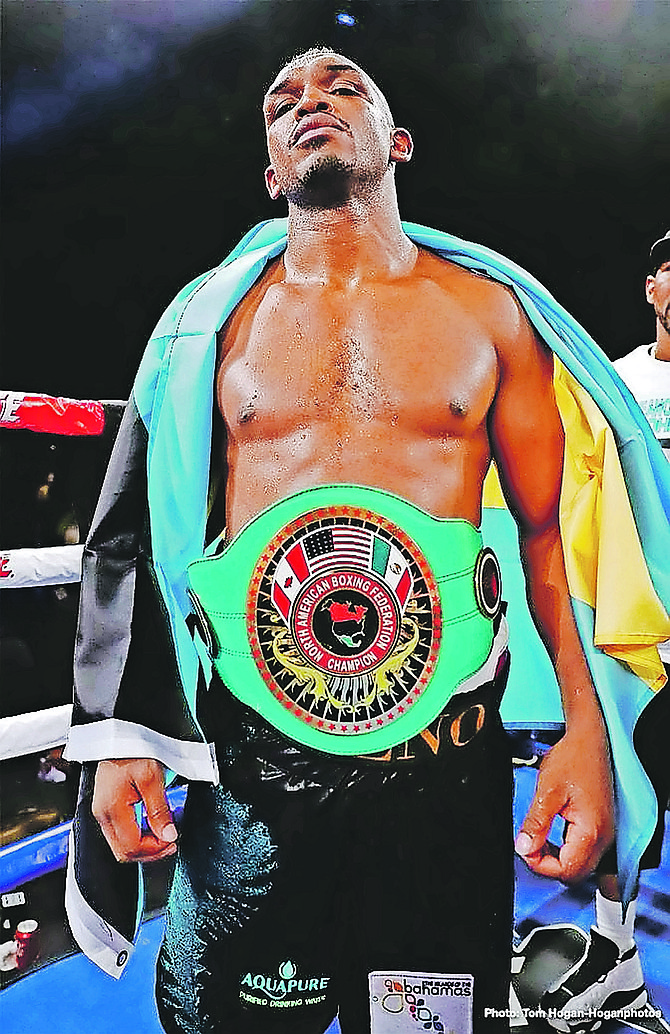 A MUCH anticipated bout between Tureano Johnson and Jaime Munguia has a tentative date - October 24.

The Athletic first reported that the promotional sides are nearing a deal that will solidify the logistics of the bout between the two middleweight contenders.

“A fight between Jaime Munguia and Tureano Johnson is being discussed for October on DAZN, sources tell The Athletic. Would be the Mexican’s first test at 160 pounds. Johnson, a tough, rugged gatekeeper, is coming off a stoppage win over Jason Quigley. October 24 is a potential date,” Mike Coppinger tweeted.

October 24 will also feature Gervonta Davis against Leo Santa Cruz and in the world of mixed martial arts, the UFC will feature a lightweight title fight between Khabib Nurmagomedov and Justin Gaethje.

Now sporting a 21-2-1 win-loss-draw record, Johnson is coming off a victory over the previously undefeated Jason Quigley on July 18 for the NABF middleweight title at the Fantasy Springs Casino in Indio, California. Just after his win over Quigley, Johnson was ranked No.8 in the World Boxing Council and No.15 in the International Boxing Federation.

Johnson was profiled by Golden Boy Promotions on his time spent during quarantine and made a clear statement on his intentions for his return to the ring.

“It’s not just Munguia, it’s any of the big boys out there. I am in the top 10, I’ve been in the top 10 for quite a while. In recent times I’ve even been close to the number one ranking. I deserve that opportunity, I believe I’ve gotten an unfair shake at many times but that’s just the way boxing is at times,” Johnson said. “Munguia, he was the junior middleweight champion, he did an extraordinary job disposing of the champion at that time and he moved up to middleweight into my territory and claimed to be one of the best fighters there, well - fight the best fighters. You cannot think about going to the very top without going through levels. I believe that Munguia has to go through Tureano.”