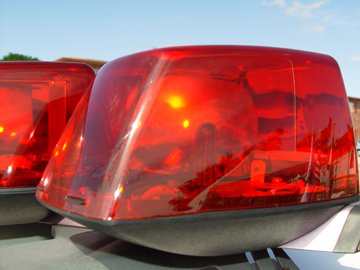 US boaters are held after firearm is discovered

FREEPORT – Three American boaters were detained off Bimini after authorities confiscated a firearm and ammunition.

FREEPORT – Police are investigating a grievous harm incident that resulted in a young woman suffering a serious head injury.

Mystery over death of man, 84

POLICE are still unsure of the circumstances surrounding the mysterious death of an elderly man. The 84-year-old man of Lyford Cay was found unresponsive at a construction site at the Caves, West Bay Street around 5pm Wednesday.

Police 'calm tensions' after fatal stabbing By SANCHESKA BROWN Tribune Staff Reporter sbrown@tribunemedia.net POLICE in Abaco have moved quickly to "calm tensions" after a Bahamian man was allegedly stabbed to death by a man of Haitian descent on Satu

Two in hospital after shootings

Two murders at weekend By KHRISNA VIRGIL kvirgil@tribunemedia.net A man was found dead in a Coconut Grove night club where he ran to escape his assailant. In one of two murders over the weekend, police say the man's body was found in a Cordeaux Avenue a

POLICE are investigating the death of a woman tourist who drowned in waters off Exuma yesterday morning . Police say the woman, who has not yet been identified, was with a group in the High Burn Cay area around 9am, on a diving e

FOLLOWING an increase in the number of complaints from the public, police are warning that they intend to crack down on loud

Mother claims she was robbed by police

A MOTHER of four claims she was held at gunpoint in broad daylight and robbed by a group of men who she believes were police officers yesterday. Speaking with The Tribune under the condition of anonymity, the mothe

THREE people were killed in two separate shooting incidents over the weekend bringing the homicide count to 14 for the first two month's of the year. Police are questioning a 29-year-old man over yesterday's triple shooting that

A HIGH-SPEED police chase ended in gunfire, leaving two officers injured, a man with "multiple gunshot injuries," and possibly two others on the run. The 22-year-old was shot sev

FREEPORT - After two weeks and no further leads in Grand Bahama's second homicide for the year, police are again appealing to the public for help with their investigation. Franklyn McIntosh, 46, was found dead on the roadside in

FAMILY and friends of Breco Armbrister have been left with nothing but questions after the young father took his own life at home shortly before 9am yesterday. Armbrister, 34, of Ligh

POLICE are "going through a process of elimination" to find the man responsible for the country's seventh homicide for 2012. Superintendent

By DANA SMITH dsmith@tribunemedia.net A SUSPECTED suicide, a non-fatal stabbing, four ammunition-related arrests, and a firearm discovery all happened this week, according to police. The suicide victim, a 25-year-old crew member of the Royal Caribbean Cr