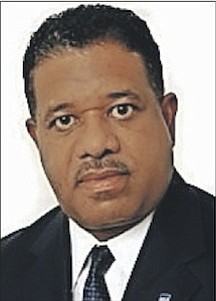 The Bahamas should initially only target companies generating more than $5m or $10m in annual net profits with a corporate income tax, a well-known attorney is arguing.

A prominent Bahamian accountant yesterday said he “completely disputes” a forensic audit report’s conclusion that he and his firm “neglected their obligations” over a $10.8m government housing loan.

Accountants brace for surge in insolvencies

Bahamian accountants are bracing for “an uptick” in corporate insolvency work during the 2021 second half with companies already moving to restructure as hopes for a quick economic rebound fade.

Corporate Bahamas faces a "deluge" of disclosure demands, an accountant is warning, with thousands of companies yet to meet "substance reporting" demands imposed by the Government.

Accountants are urging the Government to extend today's deadline for corporate Bahamas to meet substance reporting requirements amid "a last-minute onslaught" from stunned firms racing to comply.

A Bahamian accounting firm was struck by a suspicious fire just as it began an internal probe that led to an employee pleading guilty to defrauding the Government’s housing initiative of $283,264.

The Gaming Board has “put to rest once and for all” fears that web shops pose a risk to the Bahamian financial system’s integrity, a prominent accountant argued yesterday.

Galanis backs Davis - and says some ministers should never return

THERE are certain former Progressive Liberal Party Cabinet ministers who should never be allowed to hold an office in the PLP or return to front line politics on the party’s ticket, as these persons were instrumental in the organisation’s crippling d

Galanis worried Sears will not get a fair shot

FORMER Progressive Liberal Party MP Philip Galanis yesterday suggested that Alfred Sears, who is challenging the party’s leadership post, will not receive a fair shot during the party’s convention later this month.

FORMER Progressive Liberal Party (PLP) MP Philip Galanis yesterday warned organisers of We March Bahamas not to “kid themselves” in attempting to align or equate their campaign narrative to the country’s achievement of Majority Rule.

FORMER PLP MP Philip Galanis yesterday praised the leadership platform presented by former Attorney General Alfred Sears as a welcome respite from the status quo of visionless political leadership, and a return to the core values of the Progressive Liberal Party.

TWO veteran Progressive Liberal Party members yesterday told The Tribune that the unexpected results of the United States’ presidential election could signal a defeat at the polls for the governing party, with one insisting that the party use this as a “wake-up call” as it prepares to campaign for the impending election.