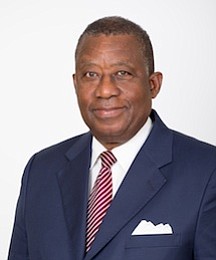 The Government may be reaching its debt limits given that such liabilities are now bigger than the economy, the Debt Advisory Committee’s head warned yesterday.

‘Moody’s owes us an apology’

A former finance minister yesterday argued that “Moody’s may owe us an apology” over Friday’s downgrade as it could disrupt the new administration’s fiscal plans less than one day after taking office.

A former finance minister yesterday warned that Bahamians must hope “a small miracle happens” if the country is to avoid harsh post-COVID austerity measures and low growth in coming years.

'We fell asleep' over chance of tourism freeze

The Bahamas failed to plan for the possibility of a total tourism shutdown because it was lulled “to sleep” by years of record arrivals and earnings, a former finance minister said yesterday.James Smith, also a former Central Bank governor, told Trib

The Bahamas “may devastate the economy” if it surrenders too easily to demands from high-tax European nations for a corporate income tax, a former finance minister warned yesterday. James Smith, who held the post during the first Christie administra

A former finance minister yesterday warned that the speed of Abaco’s post-Dorian reconstruction could be undermined by the government deporting much of the necessary workforce back to Haiti.James Smith, also an ex-Central Bank governor, told Tribune

'Put everything in the mix' on Dorian fall-out

The Bahamas must explore the removal of protectionist barriers to growth if it is to overcome its bleakest-ever fiscal position, a former finance minister urged yesterday.James Smith, also an ex-Central Bank governor, told Tribune Business this natio

Hurricane Dorian’s “considerable hit to GDP” will likely cause the Bahamian economy to contract in 2019, a former finance minister saying: “We took a real beating squarely on the chin.”James Smith, who held the post during the 2002-2007 Christie admi

A former finance minister yesterday urged the government to “blow a hole in the budget” to end the “national emergency” created by Bahamas Power & Light’s (BPL) generation crisis.

A former finance minister yesterday urged the government to examine whether the VAT shortfall had resulted from the introduction of exemptions opening up fraud and tax evasion loopholes.

The government is in danger of “missing the forest for the trees” through its obsession with fiscal numbers and targets, a former finance minister warned yesterday.

US ‘jumping to conclusions’ on suspect deals reporting

The US was yesterday accused by a former finance minister of “jumping to conclusions” over its assertion that too few suspicious transaction reports (STRs) are filed by Bahamian banks.

A former finance minister yesterday joined calls for The Bahamas to consider implementing a low-rate corporate tax as a way to shed its long-standing “tax haven” label.

Total bank assets in The Bahamas fell by over $200bn during the six-and-a-half years to end-September 2018, amid rising fears yesterday that the sector’s latest reforms are a “death knell”.

The Bahamas will score a “false victory” if it avoids Europe’s latest “blacklist”, a former finance minister argued yesterday, as it represents another step in the “slow death” of financial services.

‘Don’t expect to save on clothes after duty cut’

ALTHOUGH the Minnis administration hopes Bahamians benefit from customs duty waivers off clothes and shoes for retailers, former government ministers say businesses have historically failed to pass savings from exemptions to consumers.

Doing business will cost us more and scare off investors

AS Moody’s prepares to review the Bahamas’ creditworthiness following the Minnis administration’s revelations about the country’s fiscal condition, former Central Bank Governor James Smith warned that a downgrade to ‘junk’ status would raise the cost of borrowing, increase the current costs of debt servicing and potentially scare off investors.

THE chairman of Bahamas Resolve, James Smith, said that the government may have to pay interest costs for bad debts at the Bank of The Bahamas.

Trump election ‘to have little impact on Bahamas’

ALTHOUGH many Bahamians expressed shock and anger at the results of the November 8 US presidential election, one expert says they should take heart in one fact: Donald Trump’s election won’t have much impact here.

Slow response by businesses to claim on debts from resort

BAHA Mar’s Claims Committee Chairman James Smith said Bahamian businesses owed money by the resort are responding slower than expected to the call to submit necessary documents in order to receive ex-gratia payments made available by the Export-Import Bank of China.

A former finance minister says the recent OECD-inspired media onslaught against the Bahamas is akin to an “unofficial blacklisting” of its financial services industry, describing the situation as “a new form of international colonialism”.

FORMER State Finance Minister James Smith, chairman of the committee overseeing Baha Mar payouts, yesterday defended the work of the committee amid criticism that former resort employees have yet to be contacted regarding money they are owed.