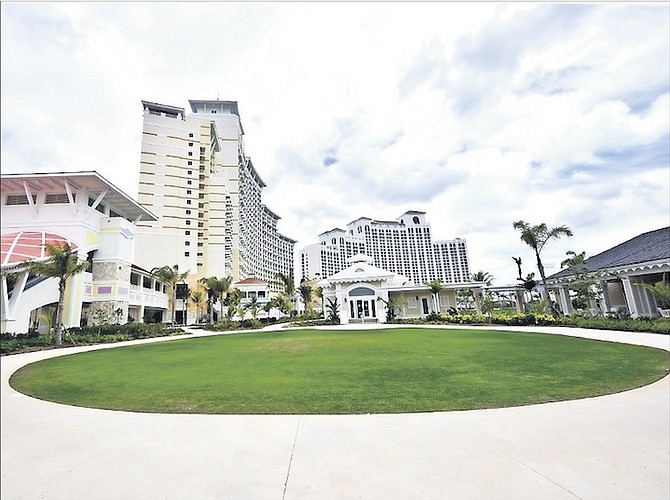 ATTORNEY General Carl Bethel suggested yesterday there are not many things left to be done before the sale of Baha Mar to purchaser Chow Tai Fook Enterprises (CTFE) is complete.

YOUR SAY: A bad case of déjà vu for the Bahamas CCA

IN a court filing last week, China Construction America (CCA) revealed what many Bahamians have been fearing for the past three years — that CCA is not currently in a position to complete Baha Mar on yet another schedule that the company itself estab

BAHAMIANS who owned and held shop leases and concessions in the Baha Mar project were permitted by the China Export Import Bank (CEXIM) and the preferred purchaser to continue to hold them under the existing terms and conditions, according to the newly unsealed heads of terms for the West Bay Street project, tabled in Parliament last night.

THE Baha Mar deal recently agreed by the Christie administration, as outlined in the heads of agreement (HOA) released on April 30, amounts to a “disgraceful betrayal” of the government’s sacred duty to protect the public interest, a former high ranking hotel executive told The Tribune last night.

THE government has committed to contribute $4 million a year for eight years for marketing of Baha Mar upon the opening of the resort’s casino, according to the heads of agreement signed between the Christie administration and CTF BM.

FORMER foreign employees of mega-resort Baha Mar have again made calls for a resolution to the “injustice” they have suffered after not being paid money owed to them nearly 19 months after they were let go from the hotel.