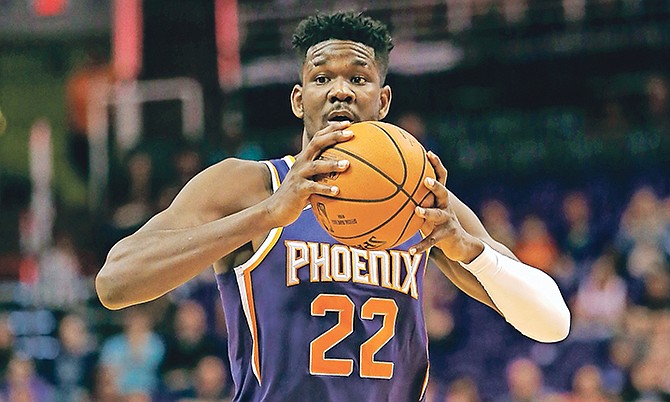 THE NBA season has been suspended due to the COVID-19 pandemic, but through E-Sports, the league looks to continue its fan engagement and Deandre Ayton was one of several NBA players selected to participate in a new venture.

The Phoenix Suns are still awaiting a decision on Deandre Ayton’s appeal process on his suspension, but no announcement has been made on talks between the league and the Players Association.

PHOENIX (AP) — It had been a downright depressing 24-hour stretch for the Phoenix Suns, who found out their starting centre was suspended for 25 games and then immediately lost to the Denver Nuggets by one point in overtime.

Both Bahamian born players in the NBA will participate in the league’s All-Star Weekend festivities.

Deandre Ayton had a weekend where he recorded his fifth double double of the season and the Phoenix Suns followed with their first win since opening night.