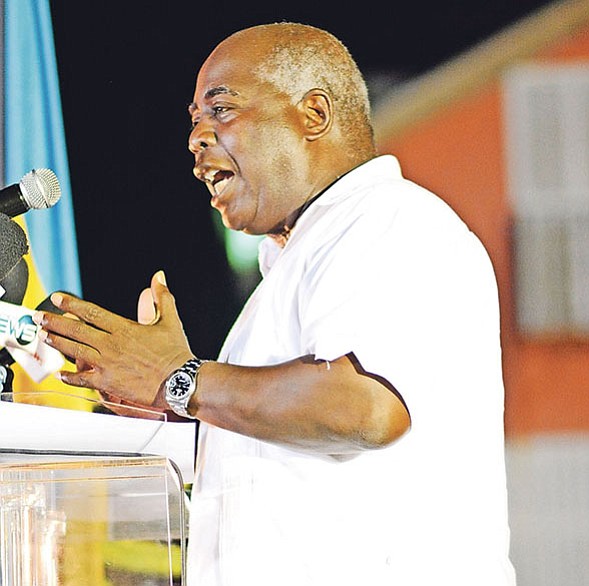 THE financial allocation set aside for travel and several other in-house expenses at the Office of the Prime Minister in the 2019/2020 budget could be viewed as the government’s attempt to finance campaign-related activity, Progressive Liberal Party Leader Philip “Brave” Davis has suggested.

OPPOSITION Leader Philip Davis yesterday called on the Minnis administration to abandon former Cabinet minister and diplomat CA Smith as their choice to become the next Governor General.

THE Progressive Liberal Party will vote against amendments to the Immigration Act set to be debated in the Senate today. The opposition party said it is “fundamentally opposed” to the reforms that the PLP feels “will loosen the controls that we presently have to protect the integrity of our borders and our workforce.”

Party agrees July dates for its next convention

PLP to have its say on immigration bill

THE Official Opposition is planning to make recommendations to the government’s Nationality, Immigration and Asylum Bill 2018 now out for public consultation.

‘We must have transparency over police departures’

Minnis & Co have ‘no clear vision for energy reform’

THE Minnis administration has “no clear vision for energy reform” Progressive Liberal Party leader Philip Davis said yesterday, adding that if the current government had followed the former administration’s “blueprint,” the country would not be where it is today.

OFFICIAL Opposition Leader Philip “Brave” Davis said while the former Christie administration considered Town Centre Mall for the General Post Office’s relocation, the party stepped away from the decision as the costs associated with the move would not have been a prudent expenditure of public funds.

THE Minnis administration “must come clean” over the circumstances which led to the resignations of both Leonard Sands and Darnell Osborne, said Progressive Liberal Party Leader Philip “Brave” Davis.Addressing the surprising resignation of Mr Sands f