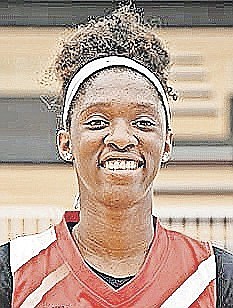 CAN it get any better for Harbour Island native Lashann Higgs and her Club Embutidos Pajariel Bembibre in the Spanish Women’s Professional Basketball League?

Harbour Island native Lashann Higgs and her Club Baloncesto Bembibre kept their hopes alive for a playoff spot in the Spanish Women’s Professional Basketball League with a 66-63 victory over the Casedemont Zaragoza.

LASHANN Higgs and the Embutidos Pajariel Bembibre PDM closed out 2020 with their 14th loss in the Professional Basketball League, just after they picked up their third victory right before Christmas day.