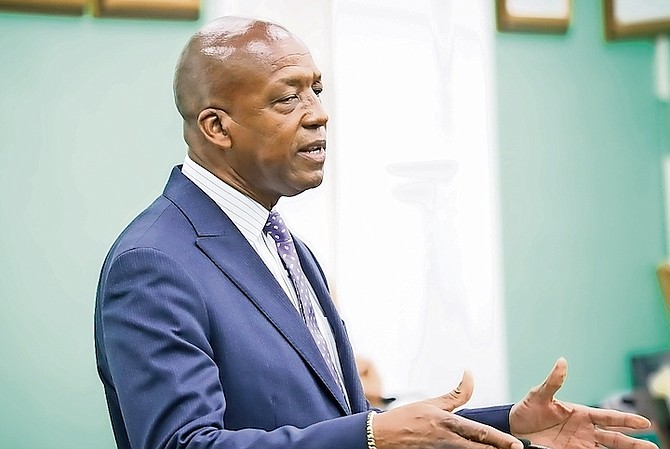 WORKS and Utilities Minister Alfred Sears revealed yesterday that he has given ministry officials who are a part of a special committee investigating irregular communities in the country a 45-day deadline to review and survey people living in the unregulated developments.

Sears: We will not tolerate unregulated construction

WORKS and Utilities Minister Alfred Sears has advised people who are contemplating building on land that does not belong to them to cease and desist because “we will not tolerate it”.

THE $6.4 million Village Road Improvement Project, originally expected to be completed in September, is now expected to be done in November, said Minister of Works and Utilities Alfred Sears.

Schools will be ready to open, says Sears

DESPITE the assertion that the government will be unable to complete school repairs before the new academic year begins, Works and Utilities Minister Alfred Sears said he is confident the work will be done on time.

WORKS and Utilities Minister Alfred Sears said his ministry plans to invest more than $12m on much needed infrastructural upgrades and repairs on Moore’s Island, Abaco.

The $23.3m renovation of the Thomas A Robinson stadium has been placed “on hold” while the Government tries to obtain grant financing from the Chinese government, a Cabinet minister revealed yesterday.

Bahamas Power & Light (BPL) has delayed $15m in maintenance overhauls beyond summer 2022 “to manage cash”, a Cabinet minister revealed yesterday, while conceding that such practices have undermined generation “reliability”.

IN response to concerns of frequent power outages in recent weeks, Public Works Minister Alfred Sears said the issue is not a “novel” one for The Bahamas.