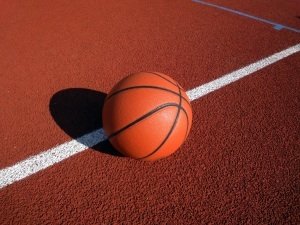 Centrobasket Under-17 in Puerto Rico

TEAM Bahamas learned its matchups for the upcoming Centrobasket Under-17 Championships, hosted in Puerto Rico.

ON the heels of the exciting climax of the prestigious 37th Hugh Campbell Basketball Classic, the Ministry of Education, Science and Technology and the Ministry of Youth, Sports and Culture are gearing up for their fourth National High School Basketball Tournament.

THE Aliv Bucket, Seafood Shockers and PJ Stingers were winners of the New Providence Basketball Association’s triple header at the AF Adderley Gymnasium on Saturday night.

THE Sun Oil Rockets scored an early-season win over the defending Division II champions in the New Providence Basketball Association.

THE most dominant senior boys’ volleyball team in the country added another accolade to their résumé while the senior girls featured a repeat champion after a weekend of competition between the top programmes.

WITH the New Year now in full swing, the New Providence Basketball Association is looking forward to returning to action tonight at the AF Adderley Gymnasium as they commence their second half of the 2017/18 season.

JR Cadot to continue his pro basketball career in Spain

JR Cadot will return to Spain to continue his pro basketball career.

MIKE Carey and Zane Knowles notched their long awaited first win of the season for Étoile Charleville-Mézières to highlight Bahamian pro basketball players in leagues across the globe over the holidays.

WHILE on a break for the Christmas holiday, the Providence Basketball Club is providing an opportunity for the local high school basketball players to stay physically fit for the second half of their season that resumes in January.

Due to the damage inflicted by Hurricane Matthew, the internationally renowned Junkanoo Jam basketball tournament was forced to relocate.

PRESEASON basketball has tipped off in Canadian colleges and several Bahamian players are making an early season impact as their teams look to contend the 2016-17 season.

Macedonia won the title in both the 15-and-under and 19-and-under divisions, while Men of Vision took the men’s crown as the Baptist Sports Council pulled the curtain down on its 2013 Basketball Classic at the Baillou Hills Sporting Complex on Saturday.

While most players are in individual camps during the summer, local high school basketball in the school system will get an early headstart on the action as one local club hosts an international tournament.

A NUMBER of high school seniors are poised to chase lofty expectations, drawing comparisons to an historic group of players from the 1970s.

A 66-game lockout shortened season, Jeremy Lin, Rondo and Kevin Love making the leap, the Dwight Howard saga, the irrelevance of the Bobcats, this NBA season gave us our fill of storylines on and off the court.

THE Baptist Sports Council (BSC) is scheduled to begin its men's best-of-three first round playoffs at the Baillou Hills Sporting Complex tonight. The BSC completed its playoff picture Tuesday night as Golden Gates No.1 eliminated the Eagles Nest from the

WHILE the playoff picture is set in both the 15-and-under and 19-and-under divisions in the Baptist Sports Council's 2012 Basketball League, there are still a couple more games to play in the men's division before the postseason starts on Saturday. The fi

THERE was some "jiggling" of teams in the standings in both the 15-and-under and 19-and-under divisions on Saturday as the Baptist Sports Council continued its basketball regular season before the rain washed out the majority of the men's games.

WITH just two more weeks left in the regular season in the Baptist Sports Council's 2012 Basketball League, there are only two teams still undefeated. Both Macedonia and St Mark's top the men's A and B divisions respectively with perfect 3-0 win-loss reco