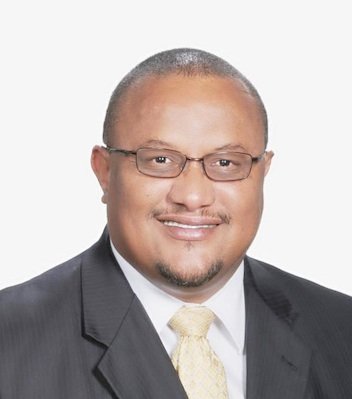 LONG before his impromptu resignation from the Progressive Liberal Party on Monday due to what he called “a problem with leadership”, Greg Moss had battled with the reality that the party that “believed in Bahamians” had failed to live up to the principles and ideals on which the party was built.

Moss seeks answers over ‘tax on a tax’

MARCO CITY MP Greg Moss yesterday said he has a problem with the way value added tax (VAT) is being calculated on goods imported into the country, accusing the government of placing a “tax on a tax” by adding VAT on customs duty.

VAT bill passed - but Moss joins FNM in voting no

THE VAT Bill was passed last night by a vote of 22 to 8 - but PLP MP Greg Moss voted no, alongside all seven members of the FNM present.

Moss: I will not support three of constitutional amendments

MARCO City MP Greg Moss told The Tribune yesterday that he will not support three of the four Constitution Amendment Bills currently being debated in the House of Assembly if they remain in their current form.

Moss is confident he will contest 2017 vote

MARCO City MP Greg Moss remains confident of a 2017 PLP general election nomination and is “unmoved” by criticisms he has received from colleagues over critical statements he has made about the government.

A YEAR after his dismissal from the top post at the National Insurance Board, Marco City MP Gregory Moss yesterday spoke out against his own party’s actions during the ordeal.

A SENIOR National Insurance Board executive refuted Gregory Moss’s denial of claims that he sought to push a $42,000 energy audit contract to a firm owned by one of his business partners.

A senior National Insurance Board (NIB) executive refuted Gregory Moss’s denial of allegations that he sought to push a $42,000 energy audit contract to a firm owned by one of his business partners.

The assertion by ex-National Insurance Board (NIB) chairman, Gregory Moss, that $5 million would be saved through hiring the administration vendor he wanted is not supported by any evidence, auditors have found.

Christie confident Moss will not quit the PLP

PRIME Minister Perry Christie said he has “every confidence” Gregory Moss will not quit the Progressive Liberal Party in light of his termination as National Insurance Board chairman.

Moss 'happy to be out of NIB'

FORMER chairman of the National Insurance Board Gregory Moss is reportedly “relieved” to have been fired from his job, sources close to the Marco City MP claimed Friday.

NIB Board of directors gives support to Moss

THE BOARD of directors at the National insurance Board yesterday reaffirmed their full support of chairman Gregory Moss, whom they assert only acted as a “chief spokesperson”.