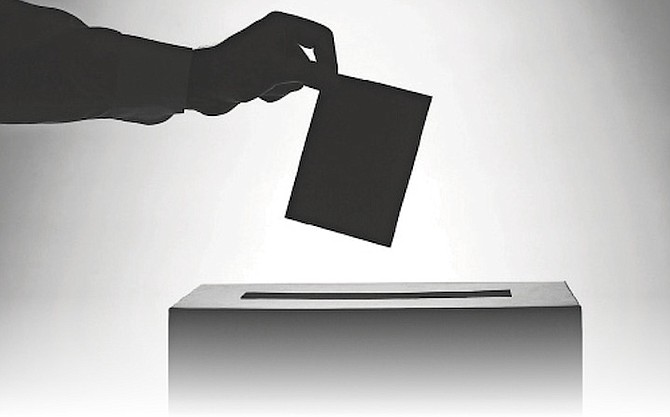 FORTY-NINE persons were elected to serve as local government councilors on Grand Bahama for the next three years. During this year’s election, over 14,700 votes were polled on the island on June 22. In the City of Freeport District, a total of 8,530

Low turnout as local elections get under way in Grand Bahama

ALTHOUGH there are 25,000 registered voters on Grand Bahama, there continues to be low interest and participation in the local government election. Voting centres opened at 8.30am yesterday, but there were no long lines and voter turnout was slow, p

THE Commonwealth Observer Group on Friday called for the establishment of an independent election management body with modern voting and counting systems to "safeguard" the country's "democratic history".

THE VIEW ON THE STREET

DESPITE Parliamentary Commissioner Sherlyn Hall’s assertion that voting went “well” at all of the oversees advanced polling stations, Bahamians studying in Barbados told The Tribune yesterday that their experience seemed to follow the same “chaotic” and “discouraging” nature of the vote on Wednesday in the capital.

Observers on their way ahead of voting

ELECTION observers are on their way to monitor the country’s general election as the advanced poll begins today.

More than 174,000 registered ahead of general election

MORE than 174,000 Bahamians have registered for next month’s general election, nearly 2,000 more persons than in 2012, according to the latest numbers from the Parliamentary Registration Department.

170,000 have registered ahead of polling day

JUST over 170,000 people have registered to vote for the May 10 general election, Parliamentary Commissioner Sherlyn Hall said yesterday.

SEVERAL people have attempted to gain two voter’s cards by registering twice at different locations, Parliamentary Commissioner Sherlyn Hall said yesterday, adding that police officers have been called about at least one case.

For this failing PLP government its five years is up. Don’t string it out any longer, call the election Malcolm J Strachan says . . .