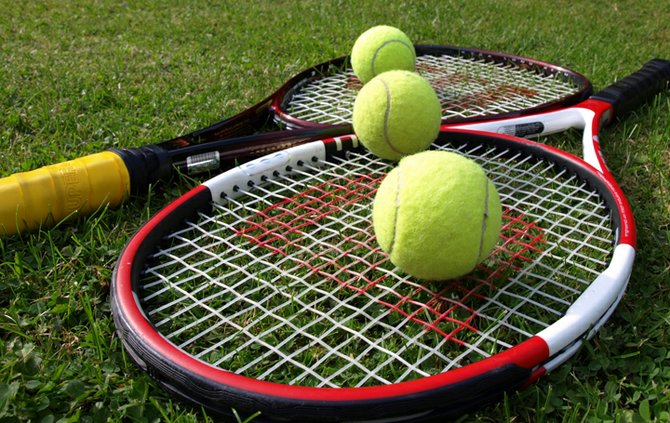 THE Bahamas women’s national tennis team fell short in their bid to return to Group One of the Fed Cup tie over the weekend in Ecuador.After breaking through Pool B with an impressive 3-0 win-loss record, the Bahamas suffered its first loss as top ra

Bahamas off to a positive start in Fed Cup

TEAM Bahamas got off to a positive start with a successful first tie in Zone B of the Americas Group II of the Fed Cup.

THIS weekend, the Bahamas Lawn Tennis Association will send off its team to the American Zone III Davis Cup tie in Costa Rica.

Team Bahamas off to favourable start

Team Bahamas got out to a favourable start at the Compass North American IC 16 and Under Junior Challenge.The mixed doubles team of Jacobi Bain and Sydney Clarke won the decisive match to take the win over Mexico (Red Team) at Club Raquetas Bosques,

KERRIE Cartwright, now playing on the International Tennis Federation’s (ITF) Women’s Circuit, is hoping to make some inroads in singles this week after a successful showing in doubles last week in Knokke, Belgium.She won her second-round match yeste

BOTH Junior Fed and Junior Davis Cup teams suffered unfortunate losses in their first matches of the playoff rounds at the North/Central America and Caribbean Pre-Qualifying in San Salvador, El Salvador yesterday.

BAKER Newman was so upset that their final match was suspended that he wanted to complete the Bahamas Lawn Tennis Association’s annual Giorgio Baldacci National Open Challenge at Old Forte Bay.

IESHA Shepherd and Donte Armbrister both had dominating performances at the Bahamas Lawn Tennis Association’s Junior Nationals. They emerged as double champions in their respective divisions at the end of the week-long tournament at the National Tennis Center.

It was a promising start for Team Bahamas at the Fed Cup by BNP Paribas Americas Group II as keen singles play propelled the four-member team to wins in their first two matches.

IT WAS a difficult day for Bahamian players in both the Boys and Girls 18 Main Draw of the 2013 ITF Junkanoo Bowl, with just three players emerging victorious on day one.

THE qualifying rounds are complete and the main draws open today in the ITF Junkanoo Bowl hosted by the Bahamas Lawn Tennis Association at the National Tennis Centre.

Fed Cup captain: With teamwork, we will be able to do well

FRESH off his role as captain of the Bahamas men’s Davis Cup team, John Farrington will now prepare to travel to Santa Tecla, El Salvador, next week as the captain of the women’s Fed Cup team.

MARK Knowles will come out of a brief retirement this week when he plays in the men’s doubles match with Australia’s Lleyton Hewitt in the prestigious Wimbledon Grand Slam Tournament at the All England Lawn Tennis and Croquet Club in London, England.

TEAM captain John Farrington made an adjustment to the line-up, but it still wasn’t enough for the Bahamas men’s national team to prevail in Zone II of the BNP Paribas American Zone Davis Cup tie.

AFTER a day off on Tuesday to get acclimatised to the high altitude in Bolivia, the Bahamas will be back in action today in the American Zone III Davis Cup tie.

THE 2013 Gym Tennis Club Members’ Tournament picked up on Saturday after being postponed during the week because of the inclement weather.

WHILE the women will play directly out of the main draw starting on Wednesday, the men’s field will be made up of a qualifying round as the Bahamas Lawn Tennis Association kicks off the Giorgio Baldacci Elite Invitational Tennis Tournament at the National Tennis Center today.

MARK Knowles, not yet feeling the effects of being a retired professional tennis player, was pleased with the support he got from his peers for the 12th version of his Celebrity Tennis Invitational that was held at the Atlantis Tennis Center on Paradise Island over the weekend.