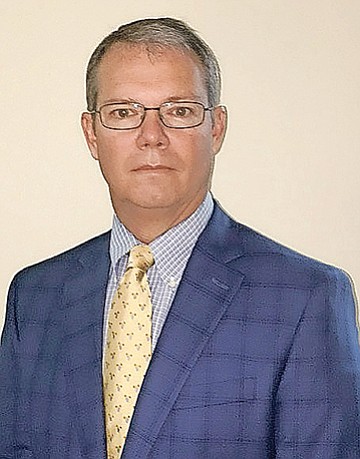 Nassau Cruise Port yesterday said it has slashed its 2021 arrival estimates by more than one million passengers, or 42.3 percent, due to Carnival and its affiliates delaying their return beyond end-March.

The cruise lines will resume calling on The Bahamas' major ports in the 2021 first quarter, Nassau Cruise Port's top executive predicted yesterday, while warning: "We won't see anything in 2020."

Nassau Cruise Port’s top executive says there “is no reason” to alter its forecasts despite the latest delay to the cruise industry’s return leaving no margin for error. Michael Maura, pictured , the cruise port operator/developer’s top executive, t

Nassau Cruise Port will move to refinance its recent $150m bond issue at the earliest possible opportunity, it was revealed yesterday, having elected to keep the offering’s $20m over-subscription. Michael Maura, the cruise terminal operator’s chief

No cruise tourists for five months (at least)

Nassau Cruise Port is projecting passenger numbers will plummet by 61.4 percent in 2020, with no new arrivals for at least five months, as it today launches its $130m bond financing. Michael Maura, Nassau Cruise Port’s chief executive, said the oper

Cruise port: We will fight crime 'head on'

Nassau cruise port’s operator is aiming to “double the yield” from passenger spending once the facility’s transformation into a destination product is completed by the 2022 first quarter.Michael Maura, Nassau Cruise Port Ltd’s chief executive, told T

Bahamian businesses are “anxious and uneasy” over the lack of a “clearly defined tax strategy” from the government, the Chamber of Commerce’s chairman warned last night.

The Nassau Container Port’s operator has beaten 2019 first-half profit expectations by $120,000 as it delivered on forecasts of a financial performance that will match 2018.

Bahamian workers earning more than $35,000 per year will have to pay the majority of their National Health Insurance (NHI) premiums from their own salary, it was revealed yesterday.

The Chamber of Commerce’s chairman yesterday voiced fears that the already-strained private sector will have to “fill the gap” if National Health Insurance (NHI) gets its sums wrong.

The Government has been urged to “swiftly address the cries of our domestic economy” and its inefficient processes otherwise the financial services industry’s adjustment will be undermined.

The Chamber of Commerce’s chairman yesterday expressed optimism that “reason will prevail”, giving the Government a vote of confidence in its ability to prevent further industrial unrest.

Arawak port bulks up as autos fall off

The $100,000 National Health Insurance (NHI) exemption threshold for businesses is “way too low” and should be raised to $500,000, the Chamber of Commerce’s chairman said yesterday.

The Bahamian private sector yesterday slammed business licence-related demands for their bank account details as “overkill”, and asked: “When’s it going to be easier to do business?”Michael Maura, the Bahamas Chamber of Commerce and Employers Confede

The Nassau Container Port’s 2019 first quarter profits beat target by nine percent despite projections that full-year net income will be down by more than $1m compared to the prior year.Arawak Port Development Company (APD), the port’s BISX-listed op

The Chamber of Commerce’s chairman yesterday said he was “personally frustrated” that the World Bank had ignored evidence of improvements in The Bahamas’ cross-border trade regime.Michael Maura, pictured, saying he was “disappointed” that much “real

The Chamber of Commerce’s chairman yesterday queried if Bahamian workers will suffer reduced healthcare quality given the revised NHI scheme’s “maximum” premium contribution.Michael Maura, pictured, in an emailed reply to Tribune Business from New Yo

Businessmen were yesterday “pleasantly surprised” that the IMF did not cut The Bahamas’ GDP growth forecast more deeply, some having feared a full percentage point slash in VAT’s wake.Michael Maura, the Bahamas Chamber of Commerce’s chairman, told Tr