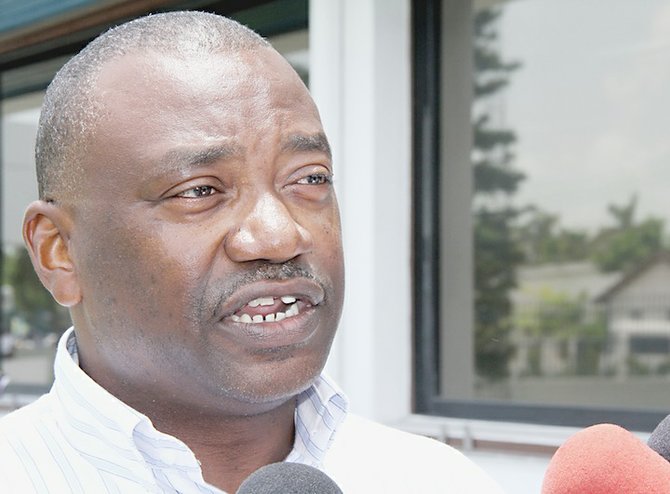 Minnis ‘getting rid of members of Ingraham’s govt’

FORMER Free National Movement Cabinet minister Phenton Neymour yesterday suggested that he was denied the nomination to run as the party’s candidate for Exuma in the upcoming general election because of FNM Leader Dr Hubert Minnis’ attempts to purge the party of those individuals who served under the previous Ingraham administration.

PHENTON Neymour, Free National Movement member of Parliament, expressed disappointment on social media over the weekend when he was not chosen as the FNM’s candidate to run in Exuma in the upcoming general election.

CUSTOMERS will continue to suffer power outages if Bahamas Power and Light does not get $200m to turn it into an efficient power-generation entity, a former Cabinet minister told The Tribune yesterday.

FNM 'should have convention to work through its issues'

FORMER State Minister for Environment Phenton Neymour says the Free National Movement (FNM) should have a convention this year to work through its "issues" ahead of the 2017 general election.

PHENTON Neymour, former minister of state for the environment, said the Bahamian people should hold Bahamas Electricity Corporation Executive Chairman Leslie Miller personally accountable for his “incompetence and arrogance” that led to rolling blackouts over the past few days.

Neymour says Minnis has the advantage in contest

'Unchristian' of BEC to make customers pay more for less

PHENTON Neymour, former State Minister for the Environment, said yesterday the government should “cover the cost” of the $30 price hike in electricity bills instead of “forcing BEC customers to pay for their incompetence.”

FORMER minister Phenton Neymour is calling for the immediate removal of current BEC chairman Leslie Miller, who he accused of “putting the country in jeopardy” with his threat to disconnect delinquent hotels.