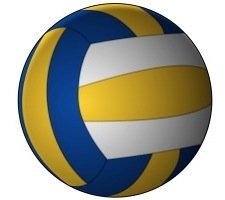 THE National High School Volleyball Championships is set to return to the nation’s second city, featuring over 200 student-athletes vying for titles in their respective divisions.The Ministries of Youth Sports and Culture, Education and Finance will

WITH very little time to practice because of the passing of Hurricane Matthew and the unavailability of a gymnasium, the men’s and women’s national volleyball teams are geared up to travel to compete in NORCECA qualifying tournaments.

Another milestone for Bahamas beach volleyball

IT WAS another milestone for the beach volleyball movement in the Bahamas as the Bahamas Volleyball Federation fielded a two-man team at leg No.6 of the NORCECA Beach Volleyball Continental Tour.

IN one week, the Bahamas Volleyball Federation will be sending its men’s national team off to compete in the second round of the World Qualifying Tournament.

THE Bahamas Volleyball Federation has ratified its men’s junior national team set for international competition at the end of this month.

THE Government Secondary Schools Sports Association is scheduled to hold its championship games today at the AF Adderley Gym with the following match-ups on tap:

THE Scottsdale Vixens and the Technicians have both taken commanding 2-0 lead in their New Providence Volleyball Association’s best-of-five championship series on Wednesday night at the DW DAvis Gymnasium.

NPVA all set for Best of the Best Tournament

THE New Providence Volleyball Association (NPVA) is scheduled to hold the 2012 Best of the Best Tournament during the Christmas break.

What must national volleyball team do to receive recognition?

It’s a pity that the men’s national volleyball team’s gold medal performance at the Group A of the NORCECA 2014 FIVB Men’s World Championship qualifier in Willemstad, Curacao, came at a time where the sporting community was mourning the loss of the greatest Bahamian track and field athlete.

NPVA back to regular play

AFTER taking a break for the passing of Hurricane Sandy, the New Providence Volleyball Association resumed regular season play with a triple header at the DW Davis Sunday.

THE New Providence Volleyball Association opened its 2012/2013 season at the DW Davis Gym on Sunday.

STILL peeved over the lack of recognition and financial benefits from the men’s national volleyball team triumph at the Senior Central Volleyball Championship in July, the Bahamas Volleyball Federation is forced to send off just an eight-member women’s national team to the 2014 World Championships first round qualifying tournament this weekend.

THE women’s senior national volleyball team got off to a positive start with an opening round win in the 14th Annual Caribbean Volleyball Championships.

IT WAS a quick start for the Bahamas in the 14th Annual Senior Caribbean Volleyball Championships as the team still seeks to qualify for the top tournament in the region.

Instructors pleased with turnout at Back to Basics volleyball camp for boys, girls

WHILE the Bahamas Volleyball Federation (BVF) has a solid core of players to work with, acting president Joseph 'Joe Mo' Smith said they are now faced with the challenge of players getting t

IN preparation for the Senior Caribbean Volleyball Championships, the Bahamas Volleyball Federation has had an influx of players at its practic

ONE of the Bahamas' leading volleyball clubs will ensure that the local offseason for its players will be occupied with a highly anticipated event featuring top flight local and regional talent.

THE Bahamas Association of Independent Secondary Schools (BAISS) kicked off its final discipline for the 2011-12 calendar year with volleyball at the St Augustine's College courts. On Wednesday, the action got started in the senior boys division. They are