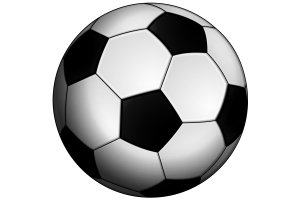 AFTER winning their opening game of the Confederation of North, Central American and Caribbean Association (Concacaf) Nations League 1-0 over St Vincent & the Grenadines at home on Friday, the Bahamas men’s national soccer team suffered the same fate to host Trinidad & Tobago Monday night in game two of their home-and-away series.

Bahamas in 1-1 draw with Bonaire

The winning streak came to an end, but the Bahamas will receive promotion to the CONCACAF 2021 Gold Cup Qualifiers.

THE Ministry of Education, Science and Technology’s National High School Soccer Championships is all set for the Roscow AL Davies Soccer Complex. The games pit the best of the BAISS, GSSSA and GBSSAA schools in three days of competition.

A PROFESSIONAL soccer franchise could be heading to the Bahamas as one of the leading leagues in North America looks to continue its expansion effort, The Tribune can reveal.

IT will be a weekend of tests for the Bahamas men’s national beach soccer team as they continue their training to elevate their level of play ahead of two marquee events.

Beach soccer and the Bahamas are a perfect match

AS the build up for the FIFA Beach Soccer World Cup Bahamas 2017 continues, local stakeholders continue to promote the country and the upcoming historic event to the international beach soccer community.

WITH eight months until the kings of the sand are crowned at the FIFA Beach Soccer World Cup Bahamas 2017, the pathway to glory has now been drawn with the release of the tournament’s match schedule.

THE Bahamas finished third in Group Six with a 1-2 record against regional competition in Suriname over the weekend.

THE Lyford Cay Dragons bounced back from a disappointing debut in the CFU 2015 Club Championship in Haiti to claim a 2-2 draw with Unite Sainte Rosienne this evening. The Dragons, who rallied from 2-0 down at half time against the team from Guadeloupe, are the first Bahamian side to play in the championship, which features 14 of the region’s strongest soccer clubs.

A SENIOR Bahamian soccer international has accused the national federation of sabotaging the country’s 2018 World Cup campaign and issued an apology to supporters for the debacle of the 5-0 defeat by Bermuda last week.

The top Bahamian soccer players have been forced to choose between playing for their country in the opening FIFA World Cup 2018 qualifying tie next week or representing the nation at the CONCACAF Beach Soccer Championship.

‘We have eight weeks to put together our best team’

A 'David vs Goliath' matchup

BILLED as a “David vs Goliath” matchup, Bahamas Football Association national team head coach Dion Godet expects the Bahamian public to be pleasantly surprised at the product the Bahamas will produce on the pitch this week when they host a trio of regional powerhouses.

THE quarter-finals have shown how more tactically organised teams are and doing what needs to be done to get a goal and then sitting back. Fatigue is also starting to set in. Managers now have a clear idea of how each team’s style of play is and developing strategies to exploit their weaknesses.

Following a visit by one of the leading beach soccer programmes in the FIFA community, the Bahamas Football Association and the Ministry of Youth, Sports and Culture have strengthened their resolve in the lofty goal of hosting the FIFA Beach Soccer World Cup.

IN the Bahamas’ first appearance at the Major Beach Soccer Championships, Quality Beach Soccer Club delivered a series of encouraging performances against some of the most notable teams in the region.