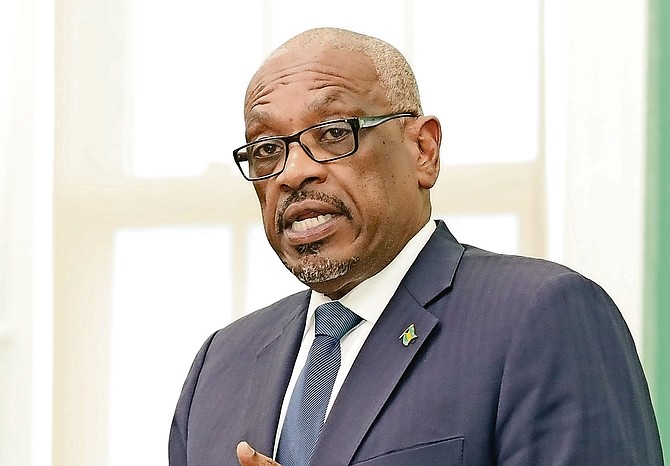 FORMER Prime Minister Dr Hubert Minnis said yesterday the country is on track to set another murder record due to the government’s failed handling of crime.

Minnis: Govt needs to give answers over FTX

FORMER Prime Minister Dr Hubert Minnis has insisted there are many FTX-related questions that need answers by the Davis administration. As The Bahamas based crypto exchange fund’s collapse is news around the world, the Killarney MP said the spotlight has been shone on FTX’s conduct and the people behind the operation.

FORMER Prime Minister Dr Hubert Minnis yesterday criticised the Ministry of National Security’s consultants on their “ineffective” performance in helping to address the country’s crime problem, saying the workers are “receiving the people’s money” but are not producing the desired results.

KILLARNEY MP Dr Hubert Minnis asserted yesterday that Bahamians do not trust Prime Minister Philip “Brave” Davis, pointing to what he suggested was an unfulfilled commitment to stave off additional financial burdens on residents already struggling with inflation.

Minnis asks: Where was my invite?

DR HUBERT Minnis yesterday called on Prime Minister Phillip “Brave” Davis to “investigate” the reason why he was not invited to police Commissioner Clayton Fernander’s handover ceremony on Tuesday.

Minnis: Nation worse off under PLP

Minnis: Govt is failing on crime

FORMER Prime Minister Dr Hubert Minnis said crime in New Providence escalated as his successor travelled “all over the place with large delegations on very expensive trips in the early months of his term.”

But one of the mounting bodies provides supportive evidence .... see why a bulk FNM's supporters would welcome a changing of parties for Thee Mr. Minnis, ― Yes?