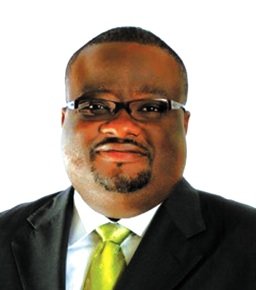 A troubled Bahamian airline prevented from flying for over five months has obtained a Supreme Court injunction to block a former partner selling its assets. Sky Bahamas, through an ex-parte application where only its attorneys were present, persuade

Sky Bahamas has incurred costs worth $4.2m “and counting”, it was revealed yesterday, as it continues to battle Bahamian regulators over the rejection of its Air Operator Certificate (AOC).Captain Randy Butler, the airline’s president and chief execu

SKY Bahamas’ principal yesterday vowed the airline “will rebound” as he and the aviation regulator again clashed over the airline’s continued inability to fly. Captain Randy Butler, the airline’s president and chief executive, doubled down on claims

BUSINESS BITES: Shifting sands in the way we spend money

I have been reading about a new Sand Dollar - not the physical sea urchin, but an immaterial financial concept based on digital technology. We will never see a Sand Dollar to hold in our hand, just a numeral in an account statement.

Sky Bahamas principal last night vowed to step aside if he was the only obstacle to the airline restarting operations, revealing he had told his managers to prepare for a Saturday resumption.Captain Randy Butler, speaking after he met with the airlin

‘Impossible to stay in this business’

Increased costs linked to Nassau’s main airport being reduced to one runway are the latest factor “making it impossible to continue in this business”, a Bahamian airline chief warned yesterday.

Sky Bahamas’ bid to challenge almost $500,000 in damages awarded to a rival Bahamian airline has been reinstated by the Court of Appeal.

The government’s efforts to cap the redevelopment cost for Long Island’s Deadman’s Cay airport at $10m have raised concerns over whether it will comply with international standards.

GB airport must 'fall in line' for Sky return

‘Rules are there - just enforce them’

The Minister of Tourism’s recognition that Bahamasair’s multi-million dollar taxpayer subsidies enable it to undercut rivals was yesterday branded “critical to the survival” of private Bahamian airlines.

Airline chief says many factors may have led to crash

TEN Sky Bahamas pilots and several temporary workers have been terminated as the airline overhauls operations to fight for survival.

SKY Bahamas lost more than $123,000 when 12 of the company’s pilots staged a sick out over the weekend, confirmed CEO Captain Randy Butler yesterday.

Bahamian-owned airlines yesterday warned that some carriers will not survive increased taxes and a move to Lynden Pindling International Airport’s (LPIA) new domestic terminal, with their rental/lease rates set to increase by up to 52 per cent.

A leading aviation executive yesterday said the success of his latest $4 million investment depends heavily on whether the Bahamas retains Category 1 status with the US, with federal inspectors due back in this nation today.

A Bahamian airline chief has warned the Government its new aviation taxes are “closing the door” to Family Island economic development, with the sector now watching “with bated breath” to see if it reverses course.

A leading aviation executive last night said he was “not confident” the Bahamas would pass its upcoming audit by the US, warning that a downgrade to Category 2 status would inhibit the expansion plans of his and other local airlines.

A BAHAMIAN airline executive yesterday warned that increased fees levied against carriers at Lynden Pindling International Airport (LPIA) could ultimately impact the country’s tourism sector,adding that the Government must decide on a plan for the aviation sector going forward.

A Bahamian-owned airline yesterday said passenger volumes for the Easter weekend were projected to be up 3 per cent year-over-year, with load factors averaging 80 per cent “all around”.

A well-known Bahamian airline has been ordered by the Nassau Airport Development Company (NAD) to “cease and desist” from plans to impose a 5 per cent ‘collection processing fee’ on all taxes it remits to the LPIA operator.

SKY Bahamas hopes to break ground on its $1.6 million hangar during the first week in March, its chief executive telling Tribune Business that the facility could immediately save the airline 20-30 per cent in direct maintenance costs.

A leading Bahamian airline executive yesterday said he was “most concerned” about the lack of direction and confusing policy statements by government officials over plans for the aviation sector and Bahamasair’s development.

The Nassau Airport Development Company’s (NAD) proposal to increase its international passenger user fee by 12.7 per cent has fuelled concerns about the ‘double taxation’ burden being imposed on the airline industry, one operator describing this as having “a big time” impact.

$10m Marsh Harbour overruns ‘should not have happened’

SKY Bahamas chief executive has urged the Government to formulate a strategic plan for the aviation industry, noting that the logistical and design issues plaguing the Leonard Thompson International Airport in Marsh Harbour highlighted the importance of proper oversight and regulations.

Flights twice a day between Long Island and New Providence

Early next year, Sky Bahamas is planning to commence flights between New Providence and Long Island twice a day – a move the constituency’s MP called “a step in the right direction” towards boosting the island’s tourism market.

A Bahamian airline yesterday said it may switch to a 100 per cent domestic route itinerary in a bid to keep all its 122 staff employed, although it had “not yet” received the Government response it was seeking to a ‘partnership’ proposal.

A Bahamian-owned airline yesterday said it was “recovering” after Hurricane Sandy likely cost it “over $110,000” in revenues over a four-day period.

While praising the Government for “a good first step” in trying to bring the Bahamas further into line with the International Civil Aviation Organisation’s (ICAO) security standards, a leading airport operator yesterday said it was effectively ‘putting the cart before the horse’.

No injuries in plane alert

SKY Bahamas passengers, headed to Abaco, panicked when it was announced that their aircraft was experiencing mechanical trouble, company CEO Captain Randy Butler has confirmed.

AIRLINE executives were working feverishly yesterday to alleviate the heavy backlog caused by Tropical Storm Isaac, with one executive telling Tribune Business his carrier had suffered an estimated $70,000- $80,000 revenue loss.

SKY Bahamas CEO Randy Butler said that his company’s third party maintenance hangar could generate $12-$17 million in the long term, telling Tribune Business that the facility would be ‘like none other’.

SKY Bahamas CEO Randy Butler said yesterday that the carrier was looking to expand its domestic service to Long Island beginning as early as November, telling Tribune Business that it was also looking to resume its San Salvador service.

Sky Bahamas’ chief executive has revealed that “very low profit margins” of between 2-3 per cent are continuing to squeeze the private aviation industry and make investors unhappy, despite his airline growing revenues by over 14 per cent in its last financial year.

Bahamas 'not getting paid for' airspace usage

THE government needs to demonstrate the political will to take control of its sovereign airspace, a leading airline executive telling Tribune Business: “It belongs to us and we’re not getting any money for it.”

SKY Bahamas' principals yesterday told Tribune Business they completely "deny" allegations by a former executive of the airline that they conspired to squeeze him out of his equity stake in the company, and recorded incorrect shareholdings in the Companies Registry.