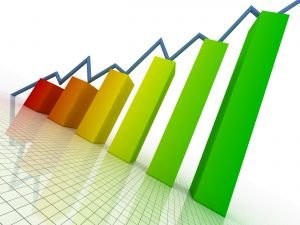 RoyalFidelity’s domestic mutual fund family attracted almost $7 million in new assets during the 2013 first quarter, amid concern that Bahamian investor returns could be hit by a lack of new fixed income investment opportunities.

Bank of the Bahamas International yesterday said a planned $10 million increase in its capital base was designed to “catapult compliance” with international standards, while not diluting existing shareholders’ holdings.

THE Government has released preliminary estimates showing that the Bahamian economy’s gross domestic product (GDP) expanded by 1.83 per cent based on constant prices, fuelled largely it said by increases in the construction, manufacturing, hotel and marine transport industries.

THE International Labour Organisation said the emergence of a growing middle-class in the developing world over the next few years could give economies in these areas a boost.

BAHAMIAN retailers saw a surge in customer traffic in the days leading up to the Christmas holiday, one telling Tribune Business that it expected to “meet and exceed” its sales target.

Bahamas Waste yesterday expressed confidence it would generate a 100 per cent net income increase for the 2012 full year, despite experiencing a margin increase caused by key equipment costs more than doubling.

FAMILY Island arrivals from Latin America are up nearly 40 per cent year-over-year, representing one of the largest destination increases, the Out Island Promotion Board’s president said yesterday.

The Government is preparing to increase its short-term borrowing threshold three-fold to 60 per cent, a key Ministry of Finance consultant yesterday conceding this was “a huge jump” for which there was little alternative.

THE Government is preparing to make a ‘huge jump’ in its short-term borrowing threshold to 60 per cent.

The National Insurance Board (NIB) is expecting to “pretty much” match the $42.6 million total comprehensive income it generated in 2011 despite incurring several ‘one-time’ expenses, its director yesterday disclosing that total benefit expenditure was also expected to rise 3 per cent in 2012.

Auto dealer: Turning 79 prospects into sales 'the icing on the cake'

A Bahamian auto dealer yesterday told Tribune Business it was aiming to “close the deal” on 79 potential car purchases written at its weekend show, adding that turning just 50 per cent of those into actual transactions would be “the icing on the cake”.

Fidelity Bank (Bahamas) is on track to beat 2011’s net profit by more than 60 per cent, although its chief executive yesterday said the 9.5 per cent growth in its loan book during the 2012 first half did not come from “originating new credit”.

A Freeport- based attorney said yesterday that “deficiencies” in Grand Bahama Power Company’s (GBPC) metering and billing practices were “not surprising”, and called on the Government to get involved in the matter.

A LUXURY gated community in western New Providence is 50 per sold on its first phase, a marketing executive told Tribune Business yesterday, with the developer eying the completion of an upscale clubhouse by month’s end.

A Bahamian general insurer yesterday said it was targeting "strong double digit growth" in its bottom line for 2012, its prior year results having been impacted by res

The Government is borrowing an astonishing $669.205 million to cover its financing needs for the 2012-2013 fiscal year, with debt servicing (interest) costs now the single largest lin

The Bahamas' national debt will breach the $5 billion mark before the end of the upcoming 2012-2013 fiscal year, the Government's Budget projections disclosed yesterday, w

BTC's $91m boost 'all the uplift for' parent

A leading Grand Bahama-based food retailer yesterday said its sales were up 21-22 per cent for 2012 to-date, but warned that "no one can do any business here" given the island's re

Commonwealth Brewery is today unveiling a "strong first quarter" for 2012 with net income up 44.2 per cent year-over-year, its management team telling Tribune Bus

Brewery aims to be 'supplier of choice'

Commonwealth Brewery's newly-appointed managing director yesterday said he wants the BISX-listed company to become the Bahamas' alcohol "supplier of choice", noting that it

Bahamas 'on pace' for 2008 stopover levels in 6 months

AIR arrivals to the Bahamas are likely to match 2008 pre-recession levels "in six months at the pace we're going", the director-general of tourism said yesterday, telling Tribune Business that the extension of the 'Air Credit' promotion three weeks ago had generated bookings equivalent to almost 6,000 stopover arrivals.