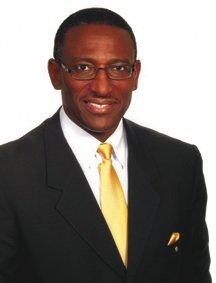 WITH the capture of another group of Dominican poachers, Marine Resources Minister V Alfred Gray said he is pushing for harsher penalties to be written into the Fisheries Act on amendment.

MINISTER of Agriculture, Marine Resources and Local Government V Alfred Gray sang the praises of the country’s existing co-operatives and encouraged entrepreneurs to consider them as business opportunities in the future.

ESTIMATED costs for the proposed Agriculture and Marine Sciences school have tripled as officials work to finalise plans for the vocational institute set to open next year.

Library will be used by administrator

THE building residents of a community in Eleuthera had hoped to turn into a library and community centre will be temporarily used as an administrator’s office, Minister of Agriculture, Marine Resources and Local Government Alfred Gray announced yesterday.

Mayaguana airport not complete before end of november

MICAL MP V Alfred Gray said yesterday the work at the Mayaguana airport will not be completed before the end of November because of government’s concerns over the quality of the construction.

THE BAHAMAS will join 150 countries around the world, next Wednesday, to observe and celebrate World Food Day, according to Minister of Agriculture and Marine Resources.

MP accuses FNM of trying to wash its hands of responsibility

MICAL MP V Alfred Gray believes that the Free National Movement is attempting to “wash its hands” of responsibility with regard to the tragic accident at the Mayaguana Airport.

Co-operatives and Credit Unions could be subject to new rules

CO-OPERATIVES and Credit Unions could soon be subject to new legislation and the Department of Co-operative Development (DCD) will surrender its duties to the Central Bank of The Bahamas.

Minister: We will upgrade airport if I-Group does not

THE Government will upgrade Mayaguana’s airport if the I-Group does not, says the island’s MP V. Alfred Gray.

MINISTER of Agriculture, Marine Resources and Local Government V Alfred Gray yesterday denied claims that he authorised Local Government in Freeport to pay for the island administrator to go to a conference in Africa.

Bahamas produces 'only 10 per cent of what it consumes'

THE Bahamas produces only 10 per cent of what it consumes, according to Agriculture and Marine Resources Minister V Alfred Gray, who recently told the Inter-American Institute for Cooperation on Agriculture (IICA) that one of the main challenges facing the country was making agriculture an attractive option.

Angry words as row breaks out in house

THE House of Assembly’s proceedings yesterday turned into a brief heated argument with some members swearing at each other.

Grouper extension to go to Cabinet

MINISTER of Agriculture and Marine Resources, V. Alfred Gray, said yesterday that he would raise the issue of granting a 30-day extension to the grouper season in Cabinet.

'Aggressive campaign will aim to discourage poaching by Dominicans'

THE government has plans to run an aggressive campaign in the Dominican Republic in a bid to discourage poaching in Bahamian waters.

A MINISTER has denied firing the FNM candidate for North Abaco after the PLP became the government in May.

BELIZE CITY – More than 60 high-level delegates from 19 countries spanning the Central American and Caribbean regions concluded a milestone meeting in Belize with a comprehensive road-map for collective action in tackling their biggest obstacles in fisheries and aquaculture.

AGRICULTURE and Marine Resources Minister Alfred Gray yesterday urged Potters Cay and Arawak Cay vendors, who have refused to make an effort to settle outstanding rent, to pay or face a police enforced shut down.

AGRICULTURE and Marine Resources Minister V Alfred Gray yesterday said a ban on chicken imports could be forthcoming unless wholesalers comply with a policy geared to support the purchase of Bahamian products.

WITH excess produce shipped in from the Family Islands being allowed to sit and spoil at the Produce Exchange, the Ministry of Agriculture said it is investigating the possibility of installing a canning facility at the Potter’s Cay dock.

THE government is calling on local farmers and farmer-hopefuls to come forward and receive assistance in the form of labour or financial benefits.

Gray takes on role with fisheries

AGRICULTURE, Marine Resources and Local Government Minister V Alfred Gray took over as head of the Caribbean Regional Fisheries Mechanism with a charge from outgoing chairman Hilson N Baptiste of Antigua and Barbuda to keep the organisation relevant.

'Ingraham used cash to target me'

MICAL MP V Alfred Gray accused former Prime Minister Hubert Ingraham of trying to remove him from Parliament - and using the public purse to do so.

CONTRACTORS were paid inflated sums of money for government projects resulting in the suspension of several agreements, Minister of Agriculture, Marine Resources and Local Government

The Minister of Agriculture yesterday plerdged that the Government was prepared to look at increasing duty rates on imported chicken, in an effort to provide more of a level playing field for Bahamian producers.

THE DNA will not win any seats at all, but could be a political "game changer" according to a veteran PLP.

SIDNEY Collie's position that only he is qualified to speak for Mayaguana residents sparked a heated response from MICAL MP V Alfred Gray in the House of Assembly yesterday.