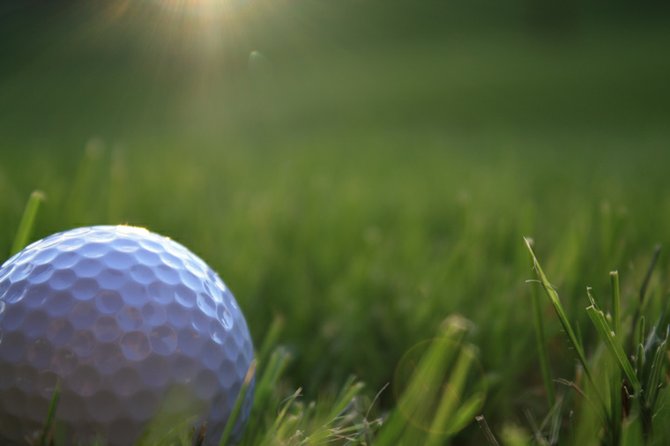 Concerned by the “direction” they see the Bahamas Golf Federation heading in, former executives David Shane Gibson and Craig Flowers are running as president and vice president in the election of officers on January 22.

THE race has heated up and golfers are fine tuning their clubs as they enter the second to last round of an exciting 2019 Bahamas Professional Golf Tour (BPGT) Signature Series. The BPGT Signature Golf Classics is in its second year.The showdown will

BAHAMAS Golf Federation president Lynford Miller has announced that the race for the 2019 Sands Beer Cup is in full swing. After six rounds, the current leader is Jenna Bayles with a total of 151 points representing her best four rounds. Bayles also

THE Bahamas Golf Federation has announced the team members that are expected to represent the Bahamas at the 63rd annual Caribbean Amateur Golf Championships.

THE Bahamas finished sixth in the race for the George Noon Cup in the 24th Caribbean Golf Classic, hosted at the Westin Puntacana Resort and Club in Punta Cana, the Dominican Republic.

SEVERAL Bahamian golfers are in competition with top amateurs in the region at the 24th Caribbean Golf Classic, hosted at the Westin Puntacana Resort and Club in Punta Cana, the Dominican Republic.

Team Bahamas produced a trio of top five finishers against elite junior golf talent in the region at the 31st edition of the Caribbean Amateur Junior Golf Championships.The team concluded the final round in fifth place in the race for the Hank James

Team Bahamas teed off yesterday in the 2017 Caribbean Amateur Golf Championships hosted at The Links Casa de Campo Resort in the Dominican Republic.The CAGC is the region’s premier event, played both as an individual stroke play event and as a countr

Elite junior golfers on par in the Albany Classic

MONTHS after some of the top golfers in the PGA took the Albany Golf Course, elite juniors from around the region followed the same path and competed in the Albany Junior Golf Classic.

Georgette Rolle on par for the Pure Silk-Bahamas LPGA Classic

GEORGETTE Rolle is hoping that the fourth time will be her charm as she gets ready to mix and mingle with some of the best female golfers in the world at the fifth Pure Silk-Bahamas LPGA Classic this week at the Ocean Golf Club on Paradise Island.

'Time for golf to make an impact in schools'

WITH the developments taking place in so many sports within our school system, Fourteen Clubs Golf Academy coach Marcus Pratt feels now is the best time to get golf to make its impact.

THE sports tourism sector continues to garner attention from the international golf community with a pair of new events planned to join the schedule.

TWO of the Bahamas’ elite junior golfers are participating in a top regional tournament aimed at developing the game among young ladies.

THE first event of the Bahamas Golf Federation’s “Cup Series” will aid the development of the organisation’s junior programme and the fight against breast cancer.

WHILE Puerto Rico continues to lead both the Hoerman Cup and George Teale Memorial Trophy for the 2016 Caribbean Amateur Golf Championships, the Bahamas still has some work to do to at least finish in the middle of the pack when the four-day event comes to a close today.

THE Bahamas has the potential to become a top golf destination in the region, founder of the Nat Moore Florida Golf Classic said.

Top junior golfers on par for the Nationals

THE top juniors golfers in the country are prepared to take to the course as the Bahamas Golf Federation showcases its young talent.

Philicia Hanna and Diane de Cardenas are the lucky Tribune readers who will be enjoying VIP hospitality at the Pure-Silk Bahamas LPGA Classic, which starts today on Paradise Island.

SQUARED off against the best junior golfers in the region, the Bahamas fell one spot off their pace in recent years.

TEAM Bahamas will have much ground to cover if they hope to contend against the region’s top junior golfers.

TWO South Koreans, Inbee Park and Sun-Young Koo, are tied for the lead at 11 under par after the completion of the third round of the Pure Silk-Bahamas LPGA Classic this morning at the Ocean Club course, Paradise Island.

Pro golfer determined to bounce back on the green

SOME people go through a great deal of difficulties to achieve their goal. Oren Butler is one of them. But he felt that what he encountered was enough to cause him to pack up his golf clubs and walk away from the sport for good.

MINISTRY of Tourism officials are feverishly working towards staging the second Pure Silk LPGA Classic Tournament – an event officials are hoping will be a shot in the arm for the Bahamian economy.

WHILE she’s still waiting to compete in her next professional golf tournament, Georgette Rolle is making good use of her time at home to assist the Bahamas Golf Federation’s Junior Division with the development of the younger competitors in the country.

SEVERAL months remain before competition officially tees off at the Pure Silk Bahamas LPGA Classic. However, event organisers have already taken on a local perspective.

AT the 58th Caribbean Amateur Golf Championships, the Bahamas improved one spot from 2013 played their way to a fifth place finish in the race for the Arthur Ziadie Trophy.

Senior golfers tee off in the 58th Caribbean Amateur Championships

FOLLOWING the spirited performance of the juniors last week, golfers on the Bahamas’ senior national team teed off yesterday in the 58th Caribbean Amateur Golf Championships at the Sugarcane and East Courses at the Dorado Beach Resort in Puerto Rico.

BAHAMAS Golf Federation’s secretary Oswald Moore said they are excited about the team they have put together to represent the Bahamas at the 57th Caribbean Amateur Golf Championships to compete for the Arthur Ziadie title.

Rolle: I expect to make the cut

In her second appearance on the LPGA tour, Bahamian golfer Georgette Rolle looks to improve on last year’s performance at the Pure Silk Bahamas Classic when the 2014 edition of the tournament tees off today.